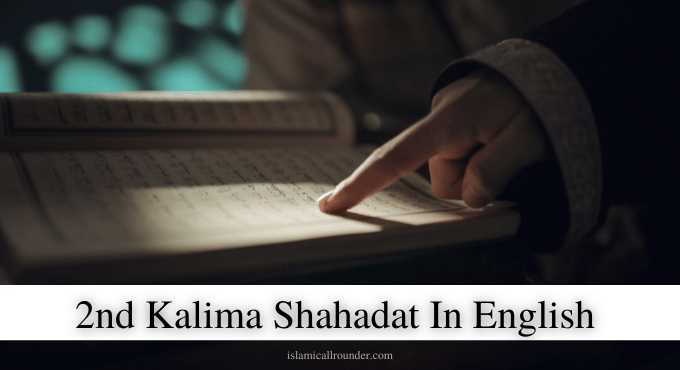 Are you looking for Second Kalima Shahadat In English” Of course you know the second Kalima is “Shahadat” and Shahadat means to bear witness. So do you know what a testimony is?

If we study the Holy Qur’an and the Hadith, we will find that in numerous places it is emphasized to bear witness for Allah and His Messenger. If you want to read the six Kalimas of Islam, then check this out 6 Kalimas In English.

So let us read the second Kalima of “Shahadat” with Arabic and English translation: 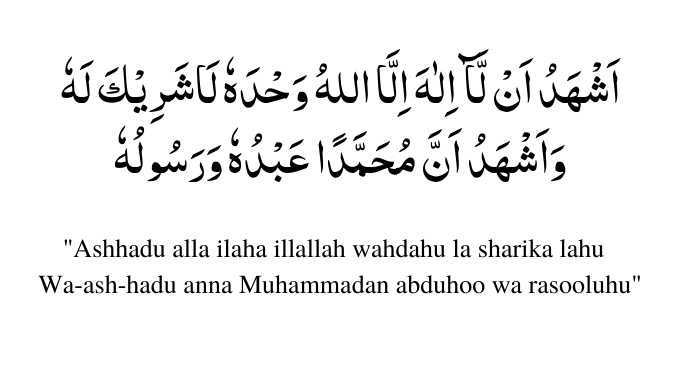 This kalima is a combination of two testimonies: 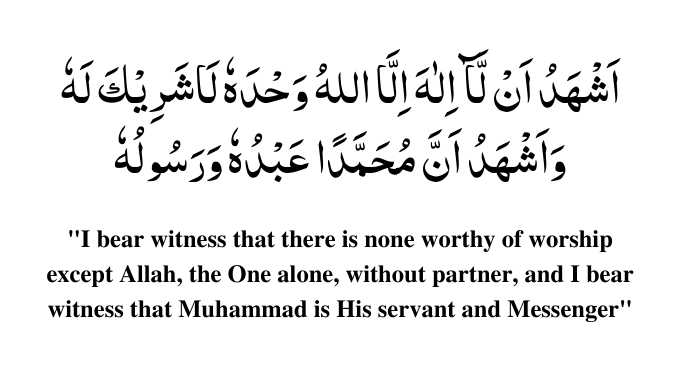 Prophet Muhammad said: On the Day of Judgment, there will be a person who will only have a pile of sins and will not be able to offer any excuse for his innocence, and then he will be admitted to Paradise because of his uttering the word of “Shahadat” (Ash-hadu an la ilaha ill-Allahu wahdahu la sharika lahu, wa ash hadu anna Muhammadan ‘abduhu wa Rasuluhu)

The Holy Prophet said: All the gates of Paradise will be opened for a person; he will enter Paradise through any gate he wants. Because that person used to recite these words after performing wudu (Ash-hadu an la ilaha ill-Allahu wahdahu la sharika lahu, wa ash hadu anna Muhammadan ‘abduhu wa Rasuluhu)

The words of the Kalima of “Shahadat” are repeated five times a day in the words of the call to prayer, which are heard by millions of people and at the same time they themselves bear witness by repeating these words.

A lot of good news has been given in the hadith for those who read the words of the adhan and repeat the same words while listening to the call to prayer.