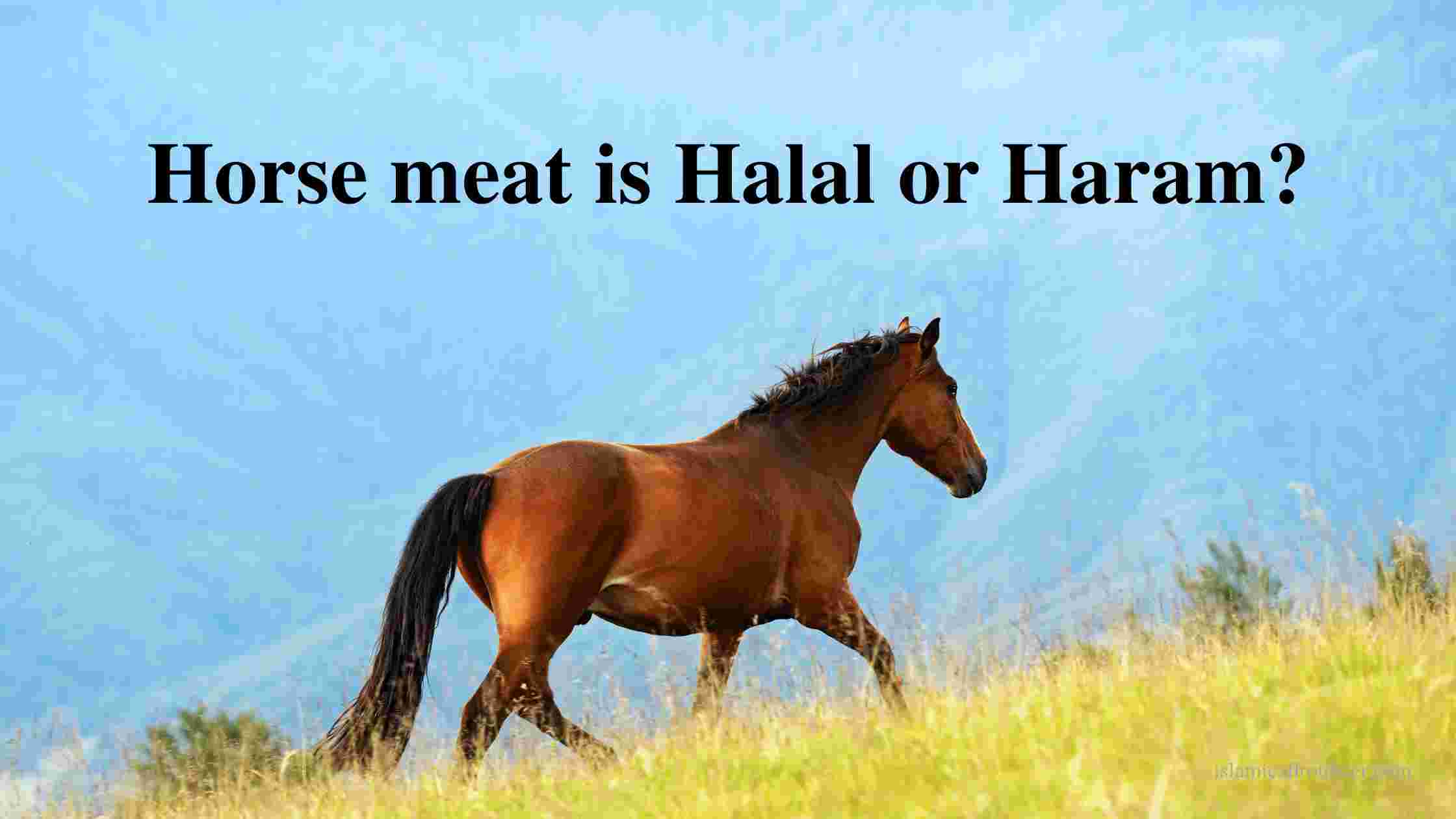 Are you looking for Horse meat is Halal or Haram” There is little disagreement among the scholars about the horse. According to Imam Azam, horse meat is forbidden (Marko Tahrima). Because this instrument is Jihad and its number will be less due to food.

Imam Qaduri, Saheb Hidayah and Imam Shami state as follows: According to Imam Azam, horse meat is abominable and it is not halal.

Horse meat is Halal or Haram

Imam Bukhari narrates from Hazrat Jabir (RA): Hazrat Muhammad (PBUH) forbade the eating of donkey meat on the day of Khaibar and permitted the eating of horse meat.

When there is a conflict between the halal and the haram, the haram is preferred. That’s why Imam Azam and Imam Malik (may Allah have mercy on him) are convinced of abominable.

Read : Punishment for Homosexuality in Islam

In summary, the prohibition of eating horse meat in the Holy Hadith is not because it is forbidden according to the Imams, but because the horse is used for Jihad. And slaughtering it like normal halal animals would reduce the instrumentality of jihad, which is counter-strategic.

According to the research of Allama Ibn Abidin Shami, Imam Abu Hanifah (R.A.) had said that horse meat is halal three days before his death, and there is a fatwa on this.