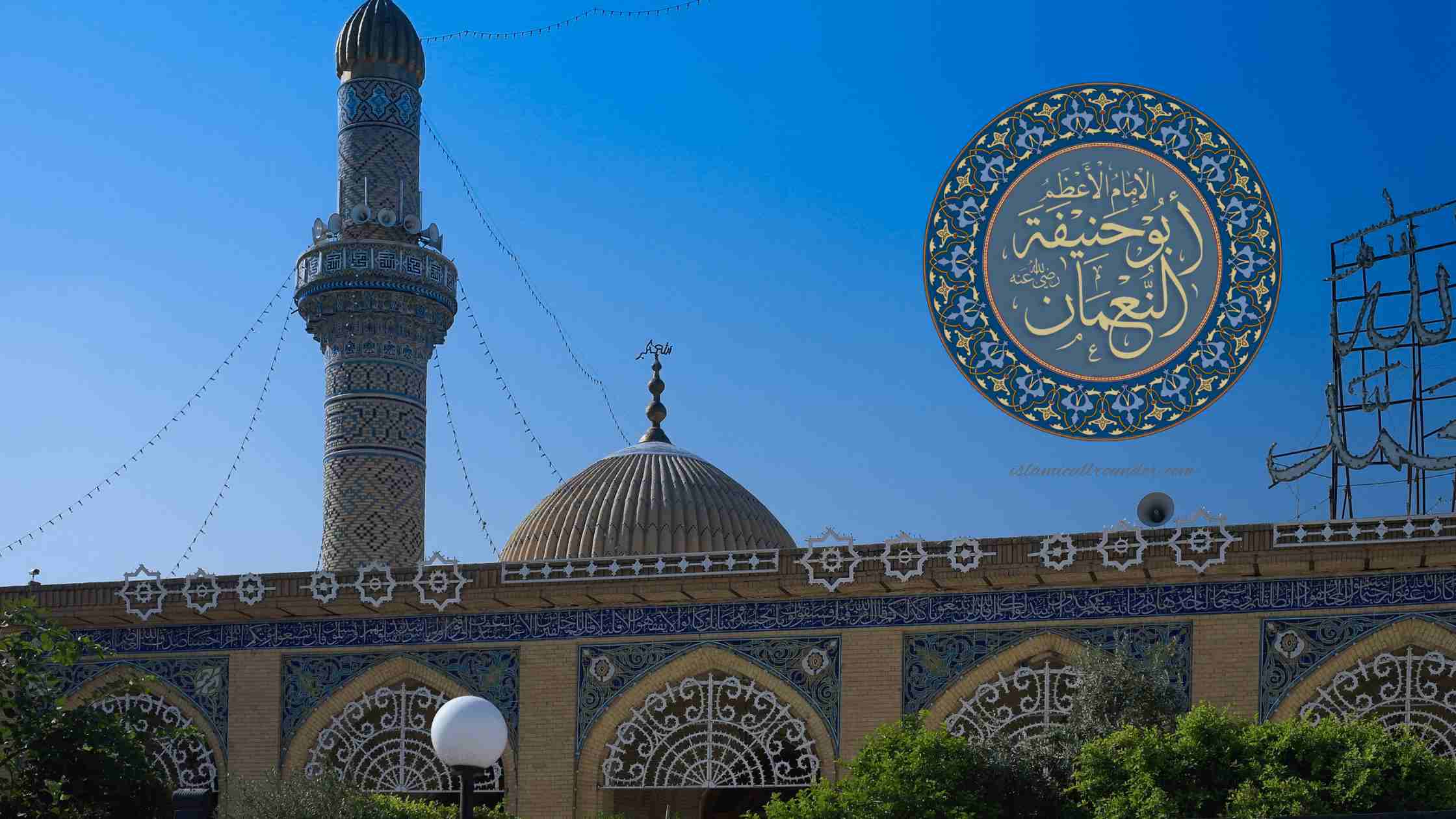 The position of Hazrat Imam Azam Abu Hanifa is very high in Islamic jurisprudence. Your real name is Nu’man bin Thabit. He was born in Kufa in 80 A.H 699 CE.

He studied jurisprudence from his teacher Hamad bin Abi Sulaiman. The first class of your teachers is the Companions of the Prophet and you are unique in that you are submissive.

He acquired the knowledge of Hadith from the Companions. Apart from you, there is no Imam is tibiae among the Imams of Hadith and Imams of Fiqh, including Imam Malik. He visited the Companions directly and heard the hadiths of the Prophet from them.

It is as if he was born in the house of knowledge of Hadith, studied there, became the heir of the greatest knowledge of Kufa, Imam-e-Azam himself. The second place was Makkah Madinah. From where you derived hadiths and the third place was Basra.

Hazrat Imam Abu Abdullah (may Allah have mercy on him) decided between the two and said to the Companions of Shafi’i First, count the teachers of your imam, when they were counted, there were 80.

Hazrat Imam Abu Hanifa (may Allah have mercy on him) had about a thousand students, among whom forty people were very distinguished and they had reached the level of Ijtihad. He was also your special advisor. Some of them are:

Some of your famous books are:

In addition, the author of Sahih al-Bukhari, the most accurate book after the Holy Quran, Imam Muhammad bin Ismail Bukhari and other great hadith scholars were students of his students.

He was very intelligent and sharp memory person. His asceticism, piety, understanding and wisdom were very famous. You finished Quran 7 thousand times in your blessed life. Pray all five prayers with one ablution for 45 years. Imam Abu Hanifah, may Allah have mercy on him, who finished the entire Holy Qur’an in the two Nafls of the night, spread knowledge during the day and worshiped at night.

The imams of hadith mention you and say that on one side you are the ocean of knowledge and on the other side are the mountains of asceticism, piety and purity.

Imam-e-Azam describes his method of Ijtihad as follows:

And when it comes to Ibrahim Shaabi, Ibn Sirin and Ata, these people were also Mujahids, and at that time I also perform ijtihads like these people.

Your Ijtihad problems have been spreading in all Islamic countries for almost twelve hundred years. Therefore, in the great Islamic empires, your jurisprudence was the rule and even today most of the Islamic world is following your religion.

He died in 150 AH in Baghdad Sharif. The world of popularity was that for the first time there was a congregation of more or less fifty thousand in the funeral prayer. There was also a steady stream of visitors until the funeral prayer was offered six times.