Every Muslim wants to go to paradise allahumma inni as aluka jannah. A prayer is usually recited in which the desire for Paradise is mentioned, such a dua. And a supplication is usually recited which mentions salvation from Hell as Allahumma Ajirni Minan Naar.

These supplications Allah humma inni as alukal jannah are very short and easy to memorize, as is the blessed hadith: Hazrat Ana’s bin Malik says that Hazrat Muhammad (PBUH) said: Whoever asks Allah three times and asks for Paradise, Paradise (while praying for him) says: O Allah! Let him enter Paradise. Allahumma as aluka al jannah and whoever seeks refuge three times from the fire of Hell, Hell (praying for him) says: O Allah! Protect it from fire. 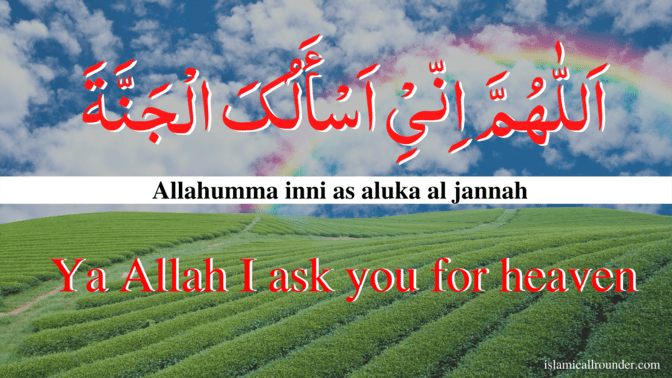 There is no doubt that going to heaven is not an easy task. But we mention to you some of the deeds which have been promised to the doers of Paradise:

We have mentioned a few deeds which have been promised paradise to the doers of which is explained in the hadiths. Similarly, there are many small deeds for which the promise of paradise has been announced. May Allah grant us the ability to act for His pleasure. Amen see more :Alhamdulillah

Those Who Go To Heaven