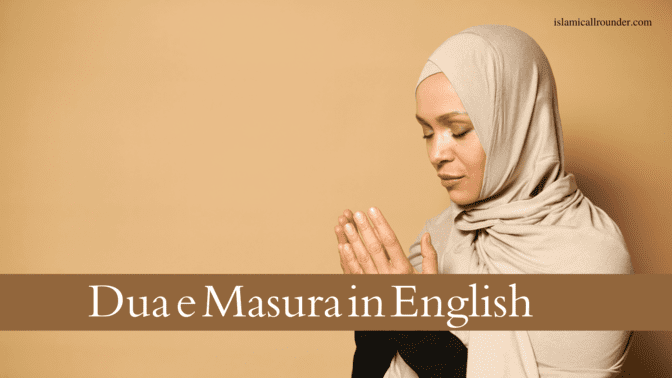 Istigfar is an act by which the ummah will be protected from torment. The reason we are suffering from various torments today is because we do not sincerely ask forgiveness from Allah Almighty. Because if we had sincerely asked for forgiveness after our sins, dua masura in English /Allahumma inni zalamtu nafsi. We would not have been in such a predicament.

If you are also looking for a prayer that will be read and ask forgiveness from Allah then we will tell you about such a prayer. Which is one of the best prayers to ask for forgiveness allahumma inni zalamtu nafsi? This is the supplication dua a masura that Hazrat Muhammad (PBUH) narrated. 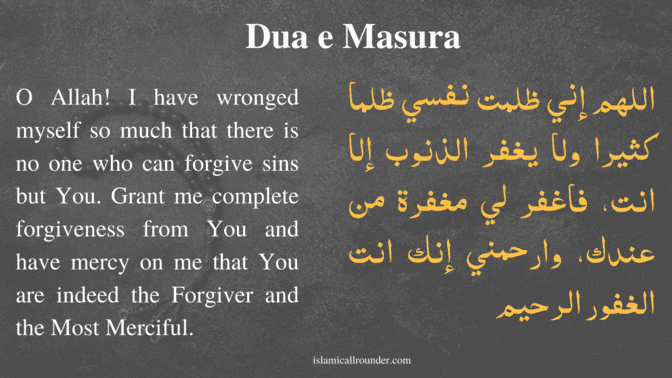 No matter how sinful man may be, he should never despair, what is the status of our sins in the face of Allah’s vast mercy, provided that man also repents of his sins, Hazrat Muhammad (PBUH) said: Surely Shaitan said: O my Lord! I swear by your honor that I will stop your servants from coming to you as long as they live in this world.

Allah said: I swear by my honor and my highness, As long as they keep asking for forgiveness of their sins, I will keep listening to their prayers.

The Blessing of Asking for Forgiveness

Therefore, it is known that the happiness of a person lies in the fact that he sincerely seeks forgiveness from his past sins and returns to Allah. One should not despair, how Allah Almighty is giving satisfaction and consolation to His servants

There are two types of repentance: Apparent repentance & Esoteric repentance

The Story of Imam Hanifa &others

An elder narrates that I came to spend the night in the Jama Masjid of Kufa with the intention of seeing the night awakening of Imam Abu Hanifa (as). They say: By Allah! I saw with my own eyes that after the Isha prayer, Imam Abu Hanifa (as) went home. He changed his scholarly dress and came to appear before Allah wearing slave clothes.

And they stood in the corner of the mosque, pulling their beards all night and begging. Abu Hanifa is your culprit. Forgive him, it is also narrated about Hazrat Imam Azam (as) that he would cry and faint, When he regains consciousness, he asks! It would be a great surprise if Abu Hanifa was forgiven on the Day of Qayamat.

A man said to Hazrat Rabia Basri :I have committed many sins. Now if I repent, will Allah forgive me? She said: The real issue is not so, the fact is that (first) God will forgive you, then you will repent.

Curse them Hearing this, Hazrat Maroof Karkhi (may Allah have mercy on him) raised his hand and said: O God! Just as you have made them happy in this world, keep them happy in the hereafter. People said: We told you to curse (and you prayed for them)? He said: When Allaah will make them happy in the Hereafter, He will accept their repentance.

Hazrat Mutarif bin Abdullah  (supplicating to Allah): O Allah! Be pleased with us, if you do not agree, forgive, because the master forgives his slave, even if he is not pleased.