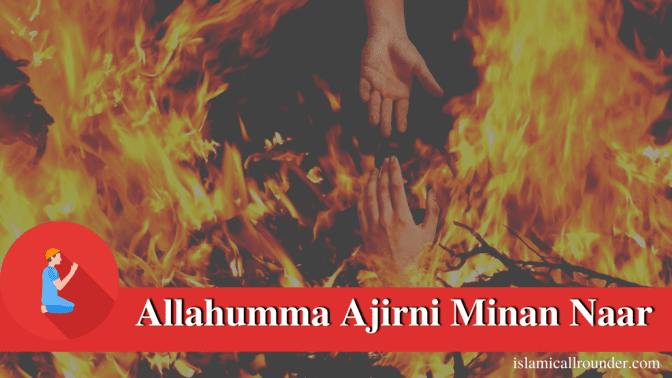 As a Muslim, everyone wants to escape from Hell and his abode will be Paradise. A prayer for protection from the fire of Hell is also usually recited which is a very powerful prayer which is as follows: Allahumma ajirni minan naar.

We will try to explain to you the Islamic teachings in which the teachings about salvation from Hell are explained very clearly.

Imam Ahmad ibn Hanbal narrated the hadith in Musnad and Imam Abu Dawood narrated it in Sunan Abu Dawood the words are:

When you have finished the Fajr prayer, before you speak to anyone, say seven times, Allahumma ajirni minan naar If death befalls you on that day, May Allah save you from Hell.

Anas bin Malik says that the Hazrat Muhammad (PBUH) said: On the Day of Qayamat, people will form rows, Then a sinful man will come and say to the people of Paradise: O so and so! You remember one day you were thirsty so I quenched your thirst.

Deeds of Salvation From The Fire of Hell

We should make a promise to ourselves that we will not only pray for deliverance from Hell, but after today we will stay away from all activities that lead to going to Hell. And will always do good work for humanity that our Lord will be pleased with and send us to heaven.