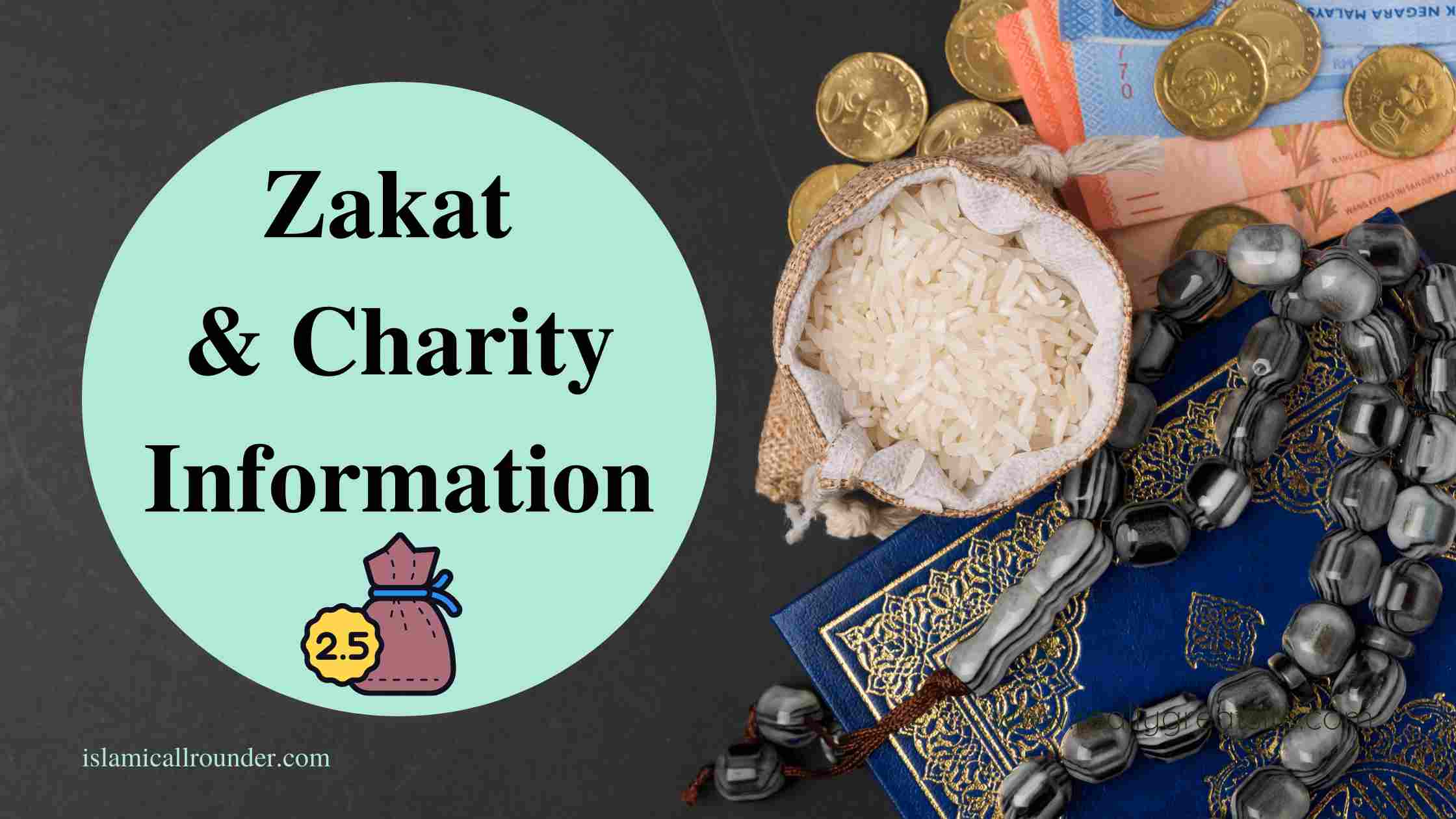 Zakat is the fourth and fundamental pillar of Islam. Its denier is excluded from the realm of Islam. Its importance can be gauged from the fact that in the Holy Qur’an, Zakat is mentioned along with prayers in 82 places. What is charity? And what is Zakat?

Zakat has a literal meaning “To be pure, to grow” Whereas in the Shari’ah term, charity definition & Zakat means that a person whose wealth reaches the scale of paying Zakat, then he should pay his special wealth with special conditions, according to a certain rate.

In many verses of the Holy Qur’an, it is commanded to pay Zakat. Almighty Allah says: Which means O you who believe, perform the prayer and pay the obligatory charity.

Considering the study and meaning of Surah Al-Muzammil, then in this Surah also Zakat has been ordered to be paid. The importance of Zakat is also evident from the fact that when a group came to the Prophet’s house and inquired about the teachings of Islam, the Hazrat Muhammad(PBUH) mentioned prayers first and then Zakat charity in his deeds.

After the demise of the Prophet (peace be upon him) when some people confessed not to pay Zakat charitie, Hazrat Abo Bakar (MAPH) the first caliph waged jihad against them. The Qur’an has issued a stern warning against those who do not pay Zakat.

Since the literal meaning of Zakat is to purify, the person who pays Zakat not only purifies his wealth according to God’s command but also purifies his heart from the lust for wealth. Paying Zakat makes him realize that the wealth he earns is not in fact his own property but a trust given by God Almighty.

When a person spends a blessing like wealth on the command of Allah Almighty, then Allah Almighty appreciates his self-sacrifice and considers this spent wealth as his debt and promises that he will repay this debt of the servant many times over.

Importance of Zakat in the light of Hadiths

Abo Horaira says that Holy Muhammad (PBUH) said: When you paid Zakat on your wealth, you did your duty.

It is narrated from Hazrat Hassan Basri that the Holy Prophet (PBUH) said: “Protect your wealth through Zakat and treat your illnesses through charity and face the waves of adversity through prayer and weeping.”

Hazrat Abo Horaira (MAPH) narrated charity meaning that the Hazrat Muhammad (PBUH) said to the people sitting around him: You guarantee me six things, I guarantee you Paradise. Hazrat Abo Horaira said: Ya  Rasool Allah (PBUH)! What are those (six things)? The Hazrat Muhammad (PBUH) said: Prayer, Zakat (payment), fidelity, protection of the private parts, protection of the stomach from haraam and tongue (do not say bad things).

Zakat is obligatory on a property when a full year has elapsed since its accumulation. The best way to pay Zakat is to pay the eight expenses mentioned in the Qur’an. That is, Zakat should be given first to one’s poor and deserving relatives, neighbors, relatives, one’s co-workers, one’s city dwellers and later to other people. In addition white-clad people who do not reach out to anyone despite their poverty should be given preference.

Some Principles of Paying Zakat

It is obligatory to pay Zakat only once a year. In the month of Ramadan, most people prefer to pay Zakat because in this holy month the reward for every good deed is increased seventy times.

Allah Almighty protects those who pay Zakat from diseases like love and greed for wealth and protects man from sins like stinginess and miserliness. Due to the blessing of wealth, the spirit of giving thanks to Allah is created in the heart of man.