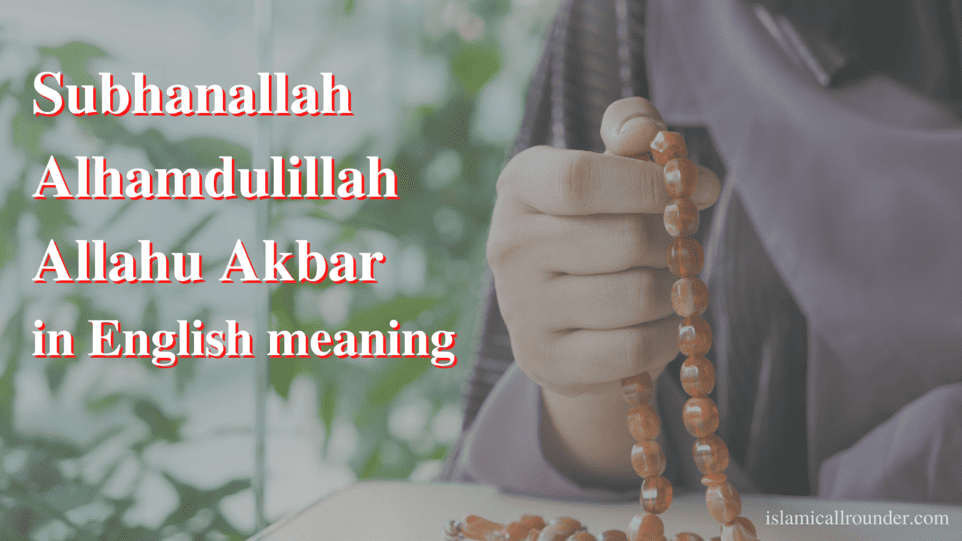 Subhanallah Alhamdulillah Allahu Akbar” In Islam, there is no hardship of any kind, but there is a statement of ease everywhere and that is its beauty. The religion of Islam teaches to obtain good deeds in various ways which do not cause any hardship to anyone. One of them is to mention three words, namely, subhan allah alhamdulillah allahu akbar. Subhanallah Alhamdulillah Allahu Akbar These words are very short and simple, but their significance and virtue are far greater.

What a Muslim wants is that on the Day of Resurrection, when the reckoning is done, he will have a great store of good deeds, which will be a cause of success for him and he will not be punished. It will be very useful. By the way, the importance of dhikr has been mentioned in the Qur’an and Sunnah of the Prophet, but the importance of this dhikr has been mentioned a lot. We are briefly describing it: 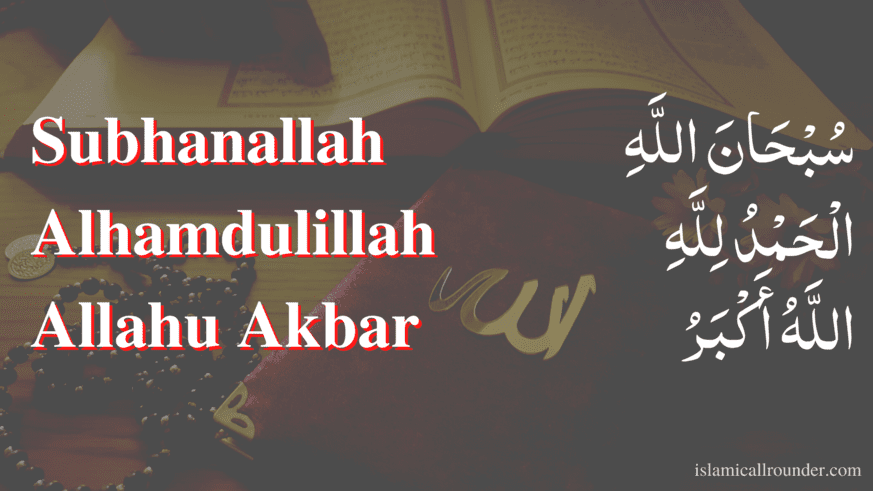 Everyone can make it a habit to read these words, while you are working, keep reading these words with your tongue or in your heart. Of course, this will also be a blessing in disguise. If you can’t do that, then at least when you go to pray, make it a habit to recite these words after every prayer. These words consist of three words, and each word has its own effect and when all three are read together it will surely begin to have innumerable benefits.

That is, Allah is free from all kinds of defects. This is a great remembrance of Allah, therefore it is not permissible for anyone except Allah. subhan allah alhamdulillah

The meaning of hamd is complete definition that is; Allah Almighty deserves all kinds of praise because He is the owner of beautiful names and high attributes

Allah is the greatest .When Hazrat Muhammad (PBUH) started the prayer, he would say Allahu Akbar. Hazrat Umar said that it is better for a person to say alhamdulillah subhanallah allahu akbar than the world and all its things.