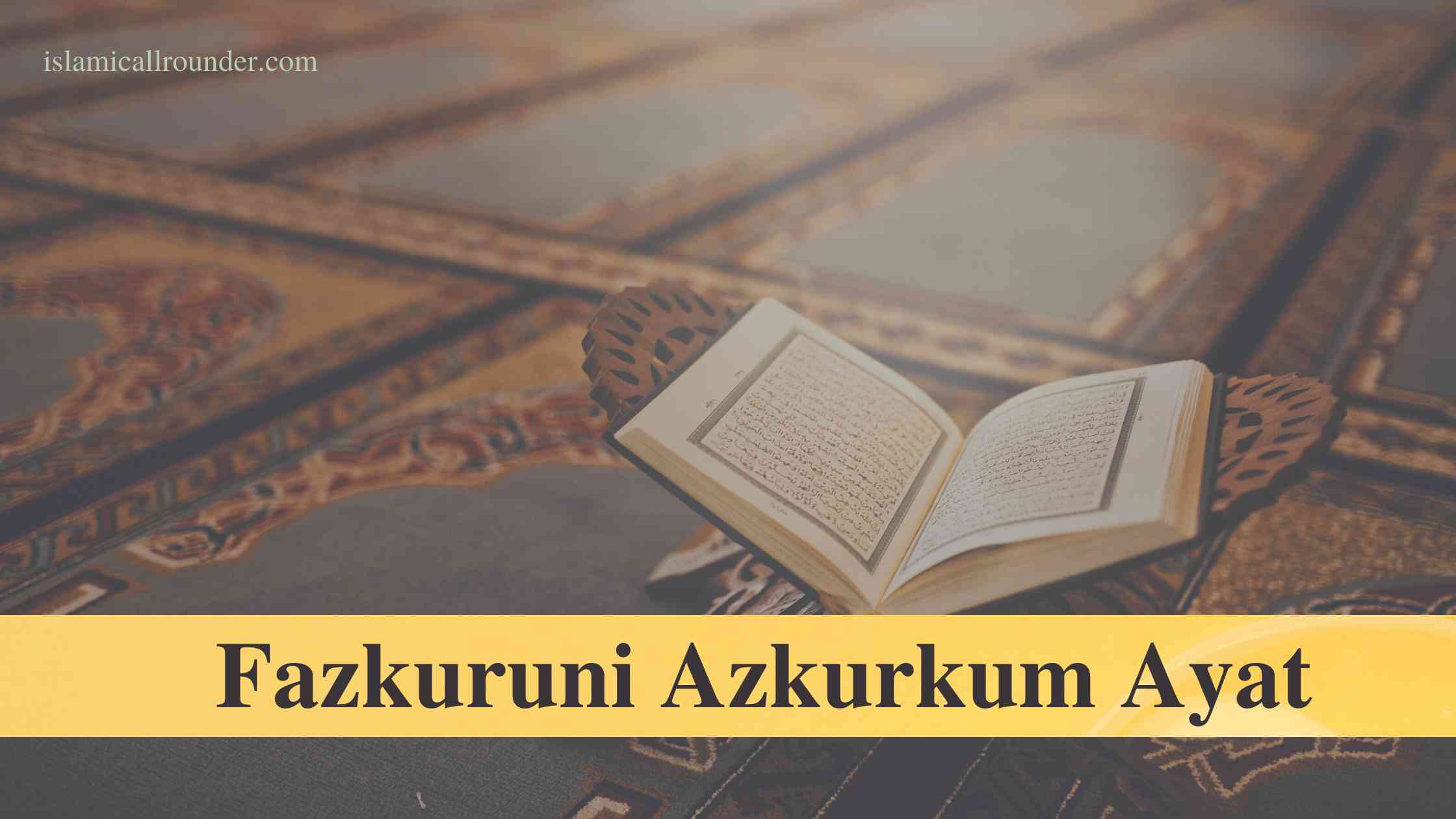 Fazkuruni azkurkum so remember me i will remember you this is verse 152 of Surat Baqarah of the Holy Qur’an. From this verse, the virtue of remembrance of God in Islam can be gauged that whoever is engaged in remembrance of God, and then God Himself remembers him.

Abo Darda says ‘that Hazrat Muhammad (PBUH) said: Can I tell you about unique deeds? which is better and purer in the sight of your master, At the highest of your position? And it is better to face your enemy than jihad while you kill them and they kill you? The Companions asked: Why not? He said: That deed is the remembrance of Allah. We will try our best to explain this verse fazkuruni azkurkum to you in such a way that you can easily understand its meaning. 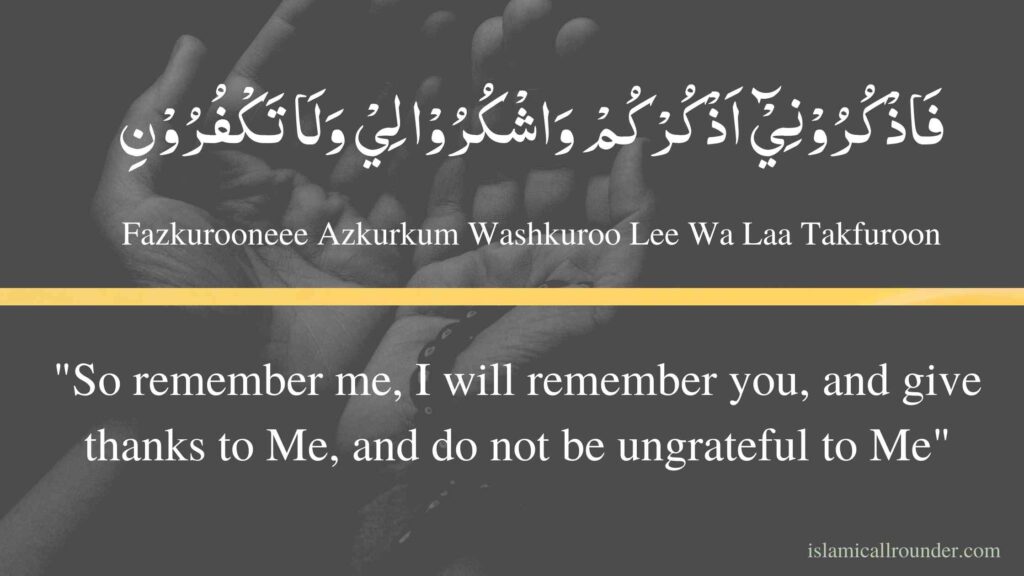 So Remember me I will Remember You

This is a great covenant and agreement between Allah fazkuruni azkurkum and His servants. This has been explained in a hadith qudsi with the following words:

When my servant thinks of me, I think of him. If he thinks of me as separate from everything, I do the same, and if he remembers me in a party, I call him I remember in a much better game than. His party is very high and high, he is the party of the highest nation, and the angels are the party of the near ones.

Hazrat Muhammad (PBUH)  said: Apart from those who write deeds, there are some angels of Allah who roam the earth. When they see a group engaged in remembrance of Allah, they call out to one another to come to their destination. So they come and cover them up to the heavens of the world. Allah asks: What were my servants doing when you came to them? The Malaikas say that we have left them to praise and glorify you and to mention you.

The angels say no. Allah says that if they see Hell, what will happen to them? The angels ask. That they seek more refuge than ever before. See More: innallaha-ma-sabireen

Many things have been said in the commentary of fazkuruni azkurkum. What is meant by so remember me i will remember you Many concepts have been mentioned in this regard. Which is stated by Imam Fakhr-ud-Din Razi in Tafsir Kabeer as follows faz kuruni az kurkum:

The Virtue of Remembrance of Allah