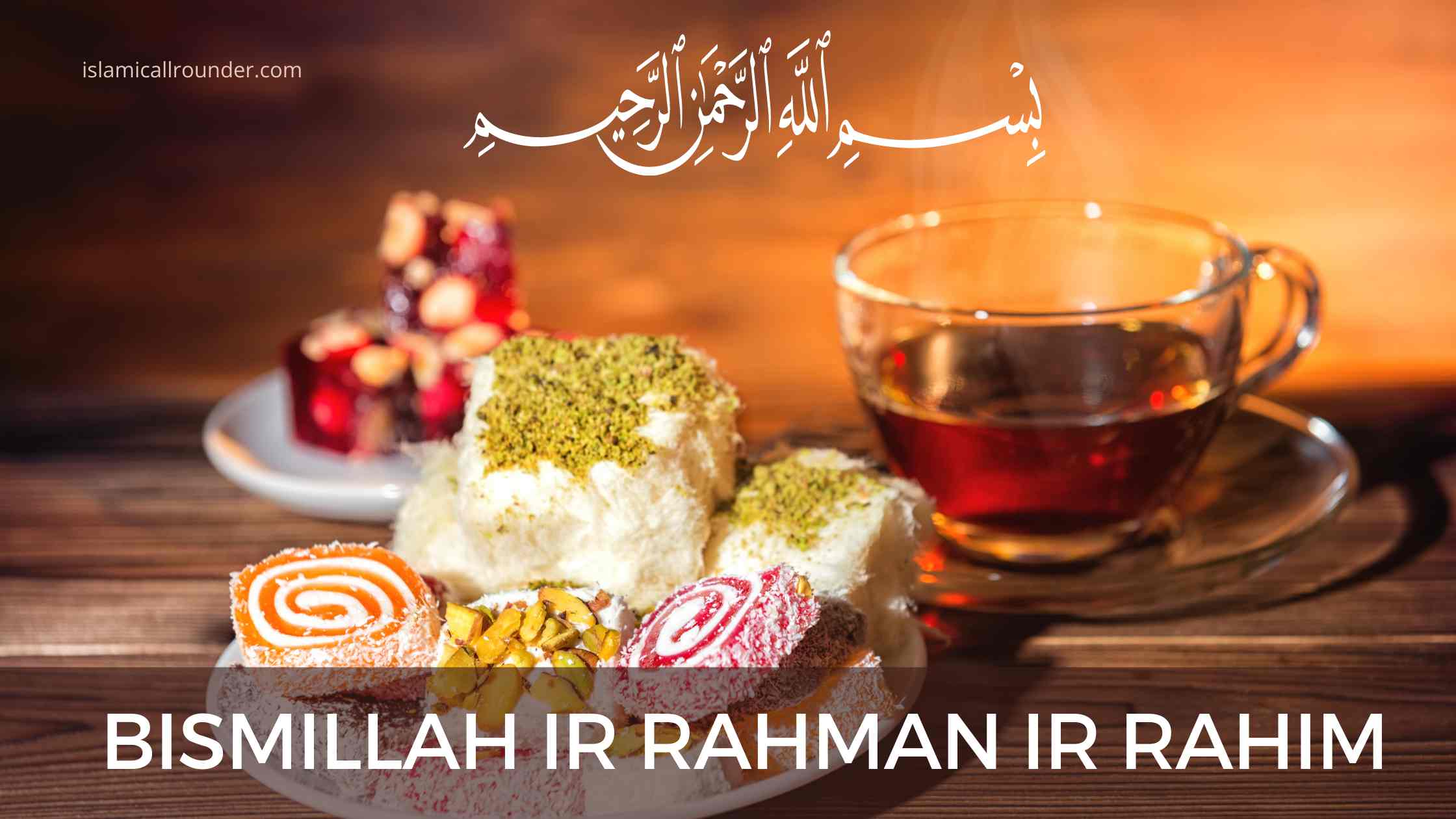 BISMILLAH IR RAHMAN IR RAHIM, is a word which has been commanded to begin with it in order to obtain blessings and to express the greatness of God Almighty. Also, it has been made obligatory to read it while slaughtering the animal. This phrase is a great sign of Islam and a means of expelling the devil. The Hazrat Muhammad (PBUH) said: When a person takes the name of Allaah on his food, then Shaitan cannot take anything from it. And if he does not  remembrance of Allah on the food, then devil also joins him in eating.

Bismillah expresses opposition to the polytheists because the polytheists used to start their activities in the name of idols. Bismillah is a refuge for the frightened person and a proof that he has been cut off from everything and belongs to Allah.

The blessings and effects of these words are also known in the Christian era. There is a tradition in Israel that Jesus passed by a tomb. You saw the angels tormenting the owner of the grave. When he passed the second time, he saw that the angels of mercy were presenting a layer of light on him. You were very surprised, prayed and prayed for the discovery.

So Allah revealed: O ‘Isa (peace be upon him) this servant was a sinner and has been in my torment since the day of his death. At the time of his death, his wife was pregnant. His mother raised him and entrusted him to a religious teacher. When this teacher taught this child bismillah hir rahman nir raheem, we were ashamed that his father was tormented in the grave and his son mentioned our name on earth, so we forgave him.

Bismillah hir rahman nir raheem. The same designation is mentioned in Surah An-Naml of the Qur’an as part of a verse. In that sense, it is a part of the Qur’an. Meaning of bismillah 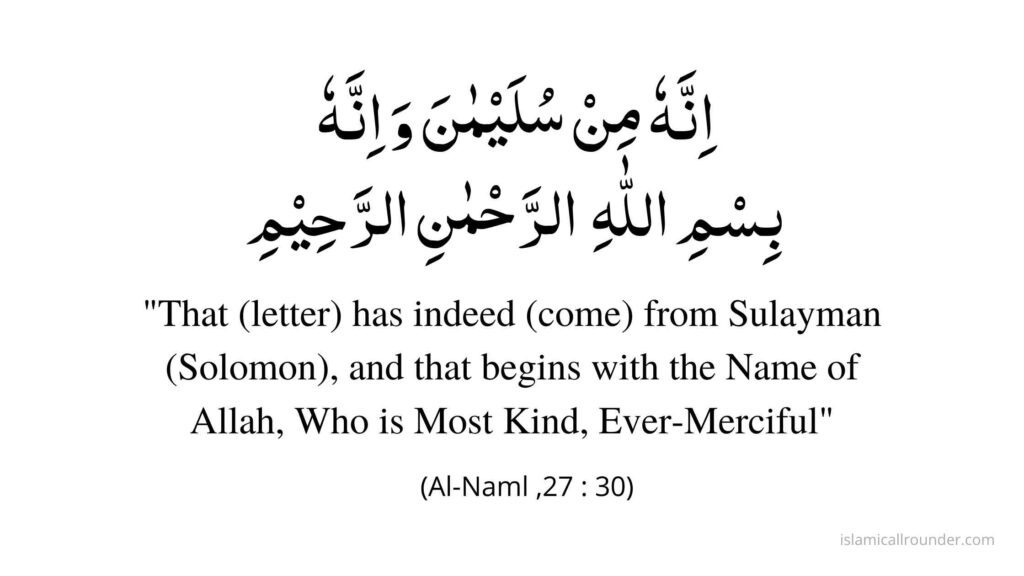 Among the Imams of jurisprudence, Shawfa’i calls it a part of Surah Al-Fatihah. While some scholars accept it as a part of every surah except Surah Barat. The well-known saying is that Bismillah is a part of the Qur’an. But it is not a part of Surah Al-Fatihah or other Surahs. Rather, it is mentioned before every surah only for distinction .This is also the religion of Imam Abu Hanifa, Imam Malik, Imam Sufyan al-Thawri, Imam Ahmad ibn Hanbal, Imam Ozai and others.