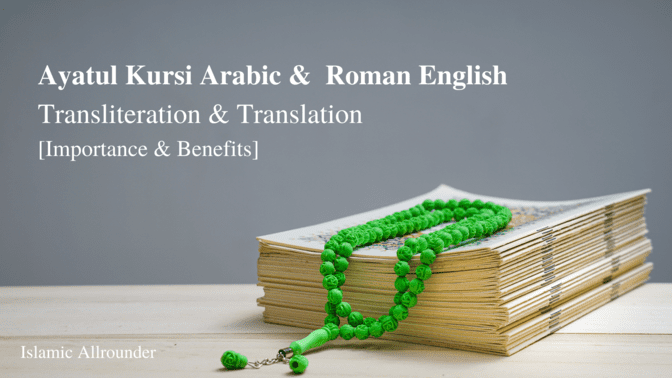 Ayatul Kursi in English now we discuss, Ayatul Kursi is the verse of Surah Al-Baqarah in the Holy Quran and Surat Baqarah is the largest Surat. Verse No.255 is called Ayatul Kursi. It is considered to be the most powerful verse of the Quran. It protects from evils.

It is the key to entering Paradise. Because this verse is in Arabic, it is considered difficult for English speaking people to read it. If you also have a hard time understanding Arabic, then this article can be very useful for you because we are writing the verse of Ayatul Kursi in English with transliteration. Further, its usefulness will also be explained. 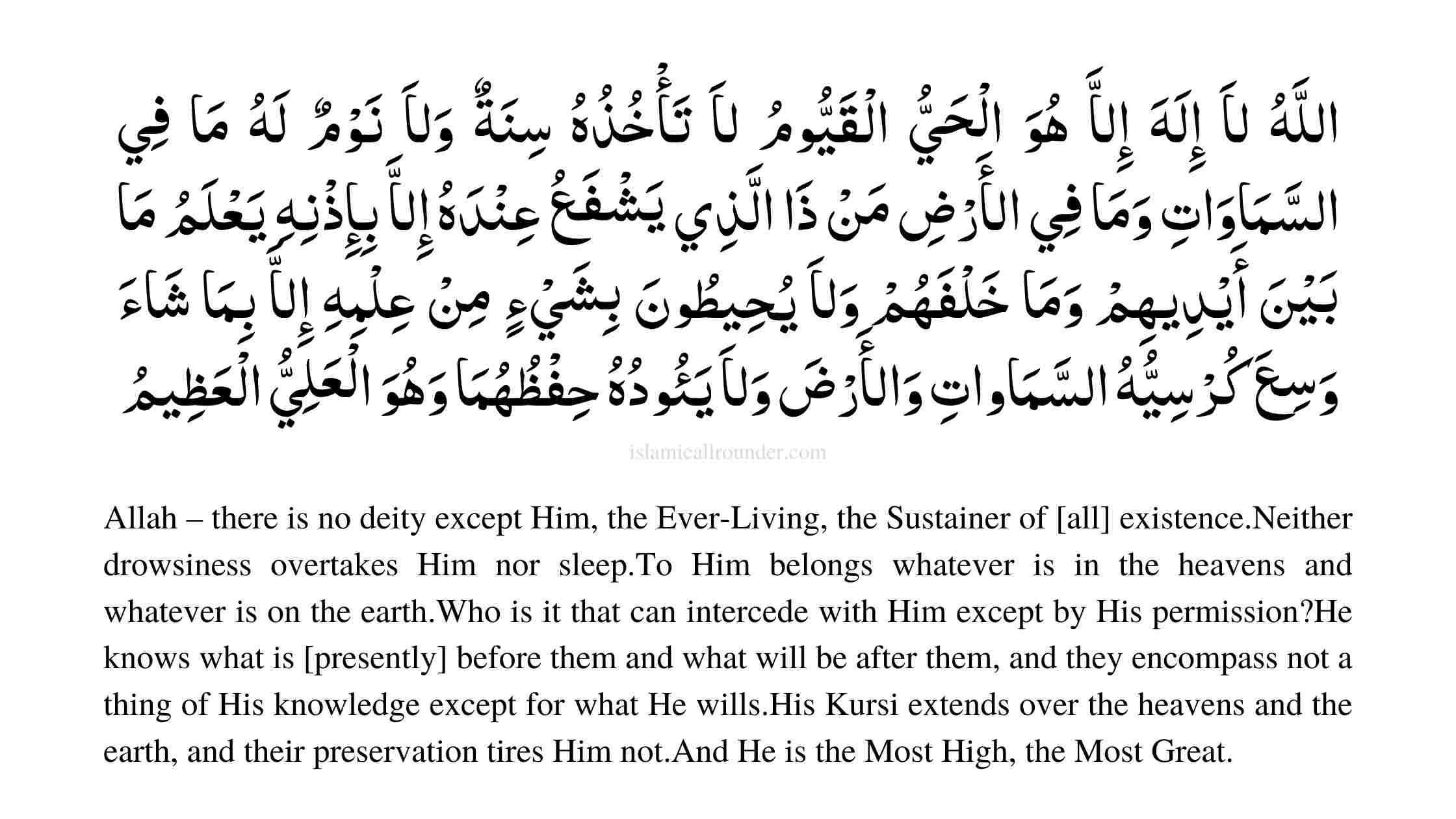 The Importance & Benefits of Ayatul Kursi

The verse of Ayatul Kursi has been called the greatest verse and the leader of other verses. Because in this verse the attributes of Allah Almighty have been described. It has been stated that Allah Almighty is the real God.  There is no other god. He is such a god that death cannot come to him.  He is such a God that he cannot even sleep.  And His kingdom is in all the universes and He has created everything.

Everything in this universe is happening by His command. Nothing can be done without His permission. It also states that the throne of God is wider than the heavens and the earth. The earth and the sky are in the shadow of His throne and this is an example to explain to the common man that his kingdom is like this. That God is so high that no human being can’t even imagine its height. We are now quoting a few hadiths which will further clarify their importance and benefits.

Ayatul Kursi is very easy to memorize orally but for those who do not understand Arabic, it is very difficult to memorize it orally. If it is read carefully then it is easy. A way to memorize it That is, it can also be memorized in Roman English. We are listing some suggestions by which the verse of Ayat Kursi  transliteration can be memorized.

We have provided a Ayatul Kursi English transliteration in pictorial form for your convenience, you can download it. 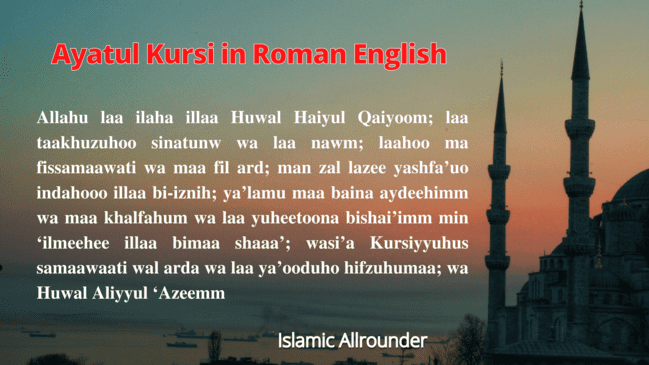