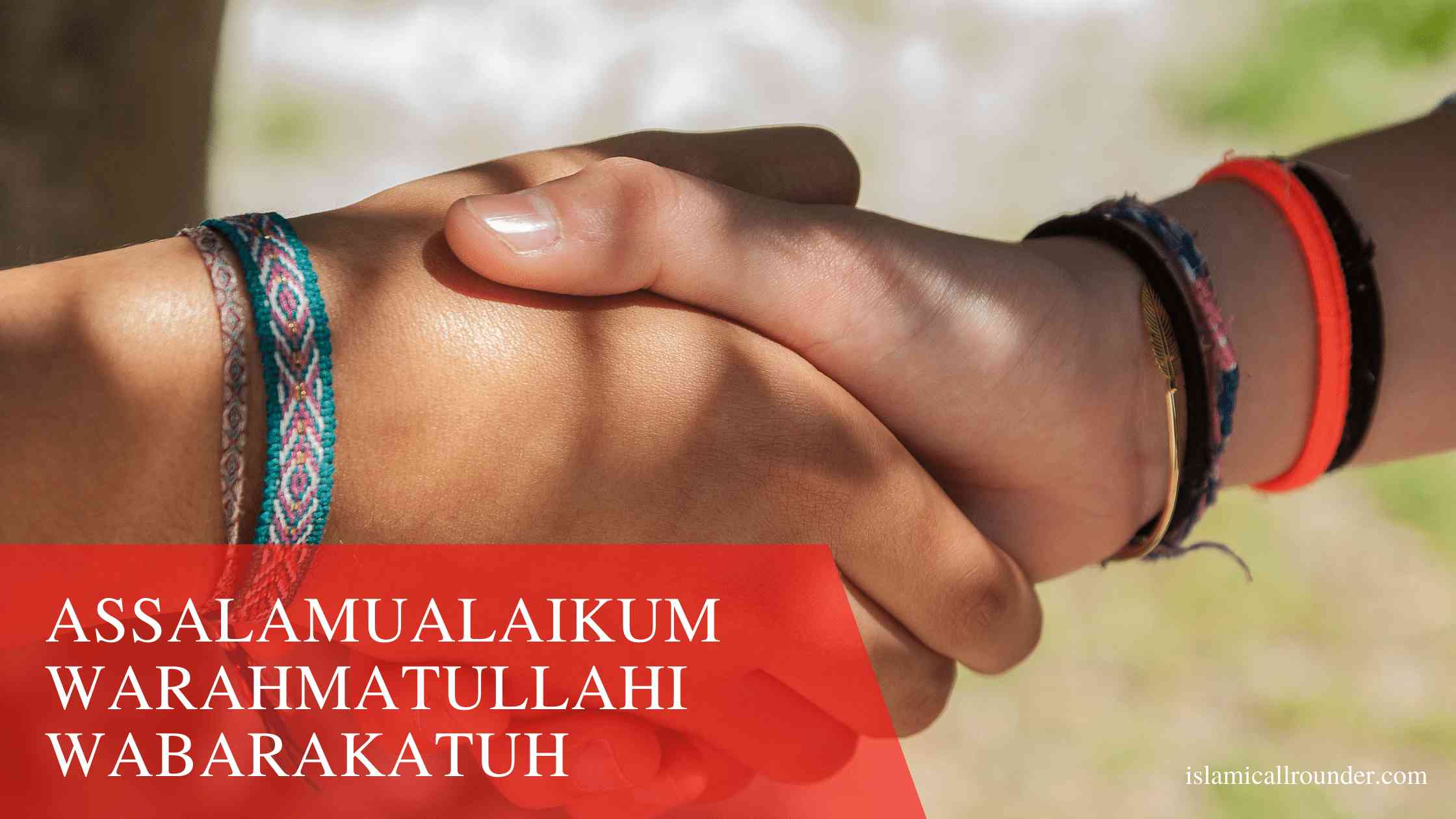 “Assalamualaikum warahmatullahi wabarakatuh” Thus, it is the custom of almost every civilized nation in the world that at the time of meeting. On the contrary, in the time of Jahiliyyah, before the revelation of the Holy Prophet (sws), it was customary among the Arabs themselves to utter such words.

Hazrat Imran ibn Husain said: When we met in the time of Jahiliyyah, we used to say to each other: May Allah keeps you alive. May Allah cool your eyes, may your morning be good and happy. Then when the sun of Islam rose and we came out of the darkness of Jahiliyyah and came to the light of Islam, the Holy Prophet forbade us from it. You have changed the style of saying “assalamu alaikum wa rahmatullahi wa barakatuh”

Ibn Arabi narrated in Ahkam-ul-Quran that you know “assalamualaikum warahmatullahi wabarakatuh Arabic” The greeter says that you are safe from me. In view of these facts, Islamic greetings are compared with the greetings of other nations, then it becomes clear that there is no better greeting.

Now imagine that in a society where people pray assalamualaikum warahmatullahi wabarakatuh for each other’s safety in the morning and in the evening or at every meeting and provide security and guarantee for each other’s safety, will there be any injustice in this society? The truth will be killed and someone will be treated in some way?

Hazrat Ibn Umar used to go to the bazaar and greet the Muslims only. Greet everyone you meet. When asked the reason, he said that there are more people in the bazaar due to need and we will greet more Muslims and get more reward.