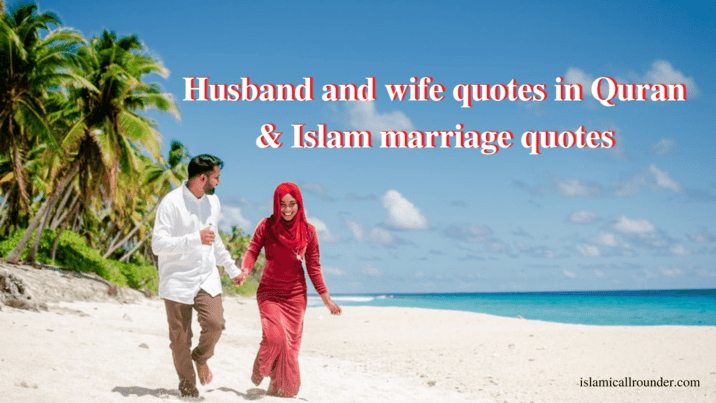 Are you looking Husband and wife Quotes in Quran” You will find the best quotes here. Islam is a religion of moderation, justice and equal distribution of rights.

This religion has also taken the path of moderation regarding the rights of men and women and because of this special feature; Islam is distinguished from all other religions of the world.

The evolution of society, mutual love and tolerance, mutual understanding and trust, equal distribution of rights and adherence to it are the foundation of a stable and strong family& nikah quotes. 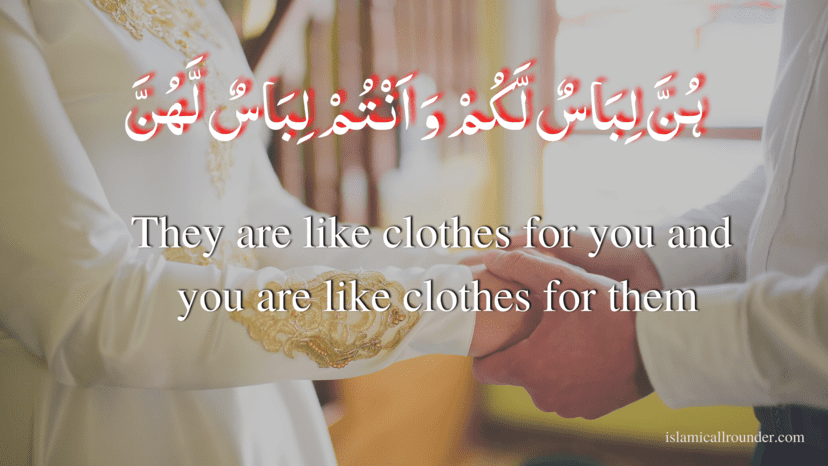 Hazrat Muhammad (PBUH) advised men about women: “Take good advice about women, because women are subordinate to you, you do not own anything other than that.

In the same way, while he instructed men to keep their marriage strong and strong, he also made women bound by Islamic limits and made them trustees of men’s trusts while remaining within the realm of Islam so that they would not commit treachery. The Holy Qur’an has tied the knot of marital life, so that social order is maintained.

In the same way, women’s rights are obligatory on men and what are their rights, it has also been explained. The Holy Qur’an has described it in detail. For example, with the protection of women’s economic, social and cultural rights, the maintenance of the home is also the responsibility of the man. He cannot keep the woman out of society. Has the right to assert its position.

It is the man’s responsibility to provide opportunities for women to develop their natural abilities within society. And do their part in the construction of civilization and civilization better and reach a higher place of work.

see more: How to Treat Your Wife in Islam Quotes

Husband and wife Quotes in Quran

Hazrat Muhammad (PBUH) said: When he eats, feed him, and when he wears, clothe him, and do not slap him on the face, nor speak ill of him. 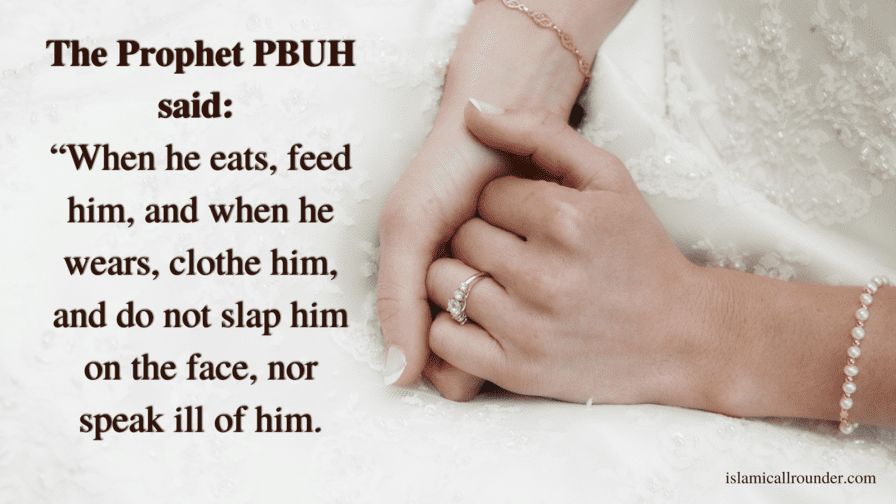