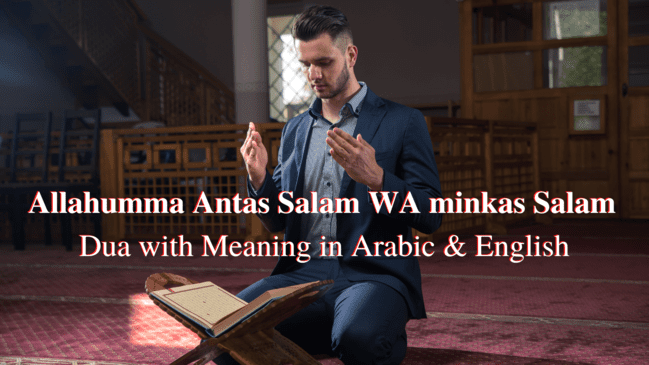 “Allahumma antas salam wa minkas salam” Muslims should take such a path prescribed by his prophet and not to disobey any of his commands. Because the Muslim is not aware of all the acts of worship including prayers and fasting, but he is performing these acts of worship in the manner of his prophet.

Therefore, it is necessary to follow the Prophet in every action. Do you know what prayers (Dua) the Prophet used to recite after the holy prayers? Let us guide you in this regard.

It is narrated from Hazrat Sooban that when Hazrat Muhammad (PBUH) was finished praying, You Mention of asking Allah for forgiveness three times. And he prays this Dua. 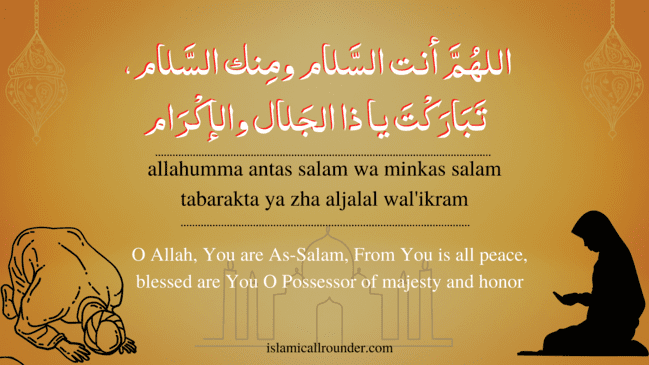 Hazrat Abdullah ibn Abbas narrates that after the obligatory prayers, the dhikr (allahumma antassalam wa minkas salam) would be recited aloud. Hazrat Ibn Abbas says: When I hear the sound of this remembrance, I know that people have finished their prayers.

The Reward of Those Who Belong Allah