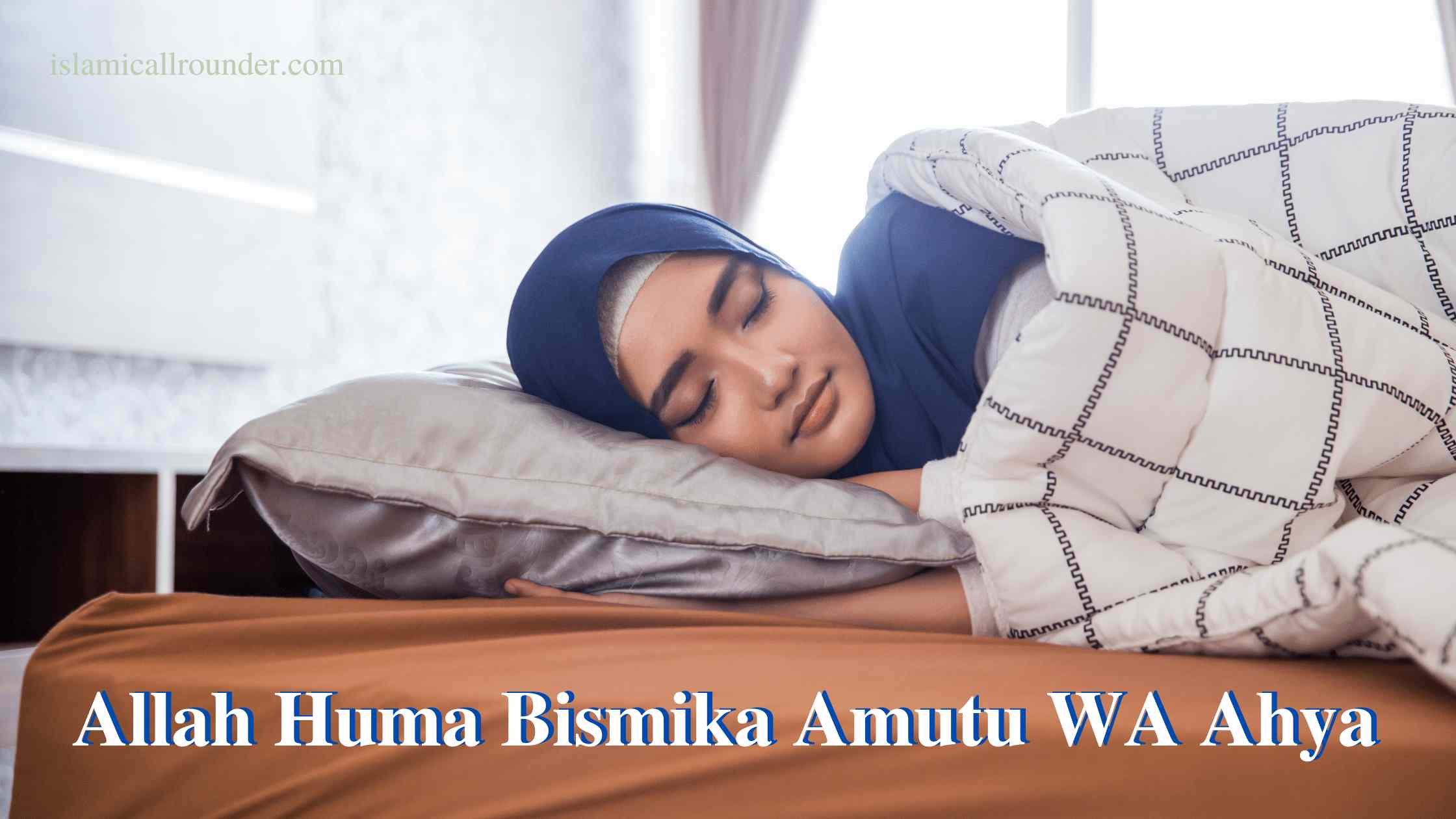 Allah huma bismika amutu WA ahya this is a prayer for sleep. Because everyone wants to complete their sleep in a peaceful way. So this prayer  is very important for a Muslim, sleep is also half death, so whenever a person sleeps, he should sleep thinking that he is going to enter the valley of half death, Therefore, the prayer should be recited that allah huma bismika amutu wa ahya.

Hazrat Abu Dharr Ghaffari (RA) narrated. When Hazrat Muhammad (PBUH) went to his bedroom at night, You read: allahumma bismika amutu wa ahya And when they are awake, You read Dua 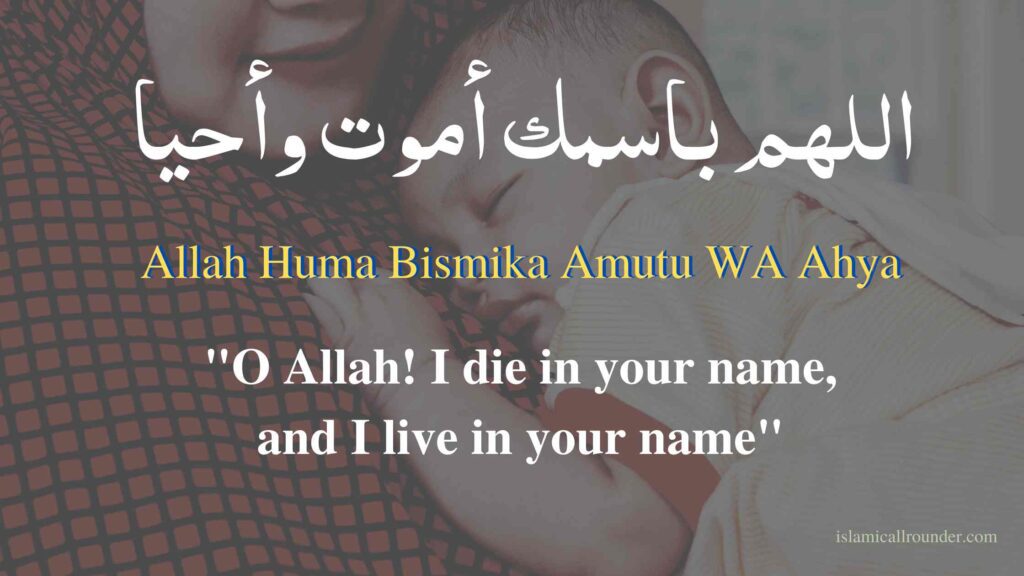 While sleeping at night, a person should recite all these dhikrs and if not everyone can recite dhikrs, then he should be content with only important dhikrs:

Hazrat Ayesha narrates: (Whenever Hazrat Muhammad (PBUH) came to bed at night, he would recite these three Surahs, then he would place both his palms on his body and he would do this three times.

Reading the verse of Ayat-Kursi

Abo Horaira says that Hazrat Muhammad (PBUH) entrusted me with the protection of breaking the fast. So a man came, and began to gather the grain, I grabbed it, said: “I will definitely bring you to the Prophet, then he narrated the whole incident.

“It also says that the man said: “When you go to sleep, recite Ayat-Kursi. The one who protects you. Hazrat Muhammad (PBUH) said: (It was the devil, he is a liar but you have been told the truth)

The verses of Surat Baqarah

Whoever recites the last two verses of Surah Baqarah in the night, then these two verses will suffice for him.

Nawfal Ashja’i narrates that Hazrat Muhammad (PBUH) said : You go to sleep after reciting Surah Kafirun. It is an expression of separation from shirk.

Hazrat Fatima demanded a servant from Hazrat Muhammad (PBUH).he said: ” Can I tell you more than what you are asking? “say “Subhan Allah” 33 , “Alhamdulillah” 33 and “Allah Akbar” 34 times) Ali (RA) replied: I have not abandoned him on any night since that day. He (RA) was asked: What about the night of Safin? Ali replied: I did not leave him even on the night of Safin.