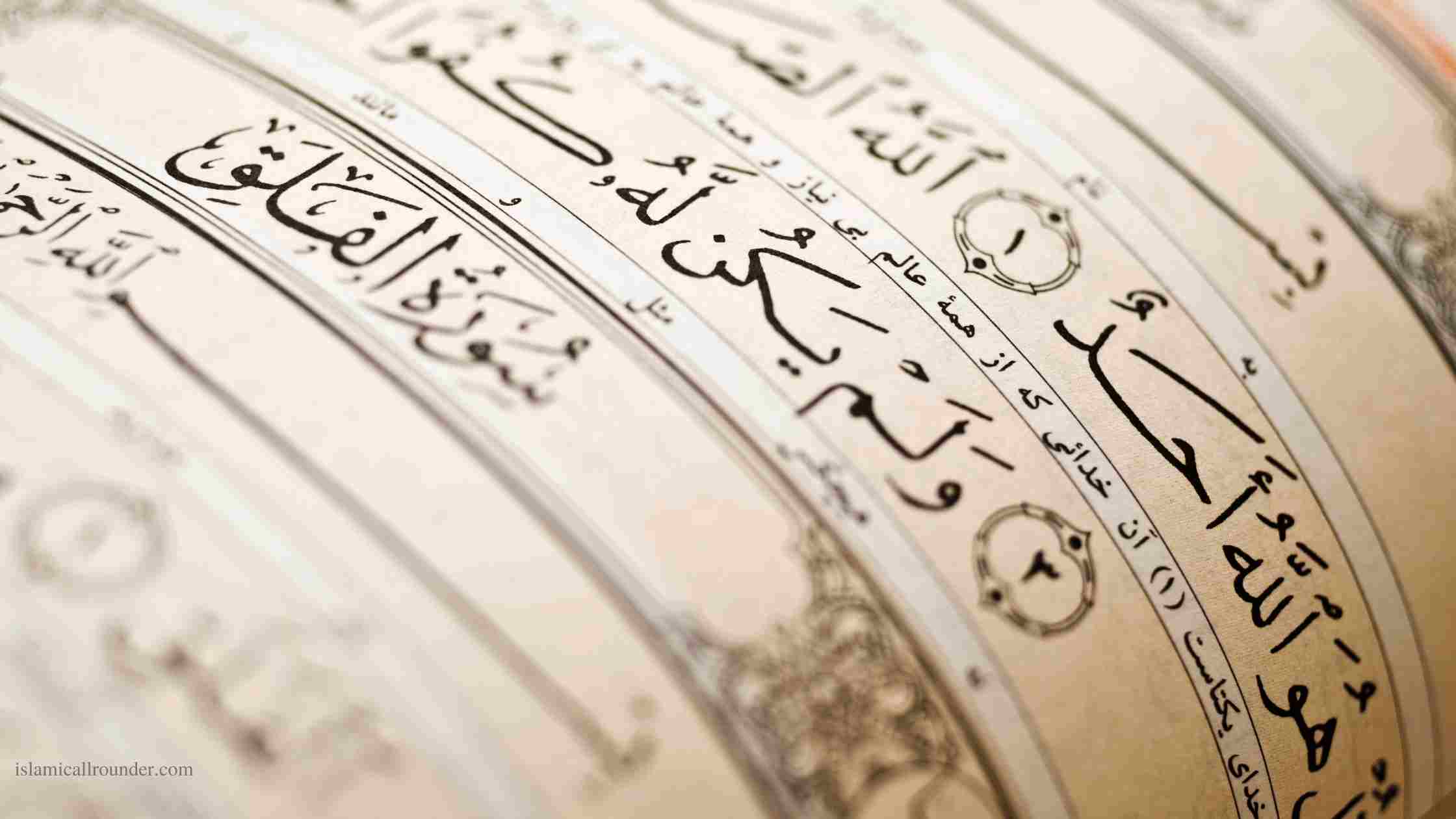 4 Qul Surah” Surat Ikhlas, Nas, Surat Falaq and Surat Al-Kafroon are commonly known as Char kul 4 kull. The reason is that all these Surahs start with the word Qul. The verses of these suras are also very few and they are very easy to memorize.

If you do not know Arabic then you are at the right place now because we are writing it for you in Roman English. We believe that this way you will be able to read it easily Qul surahs. 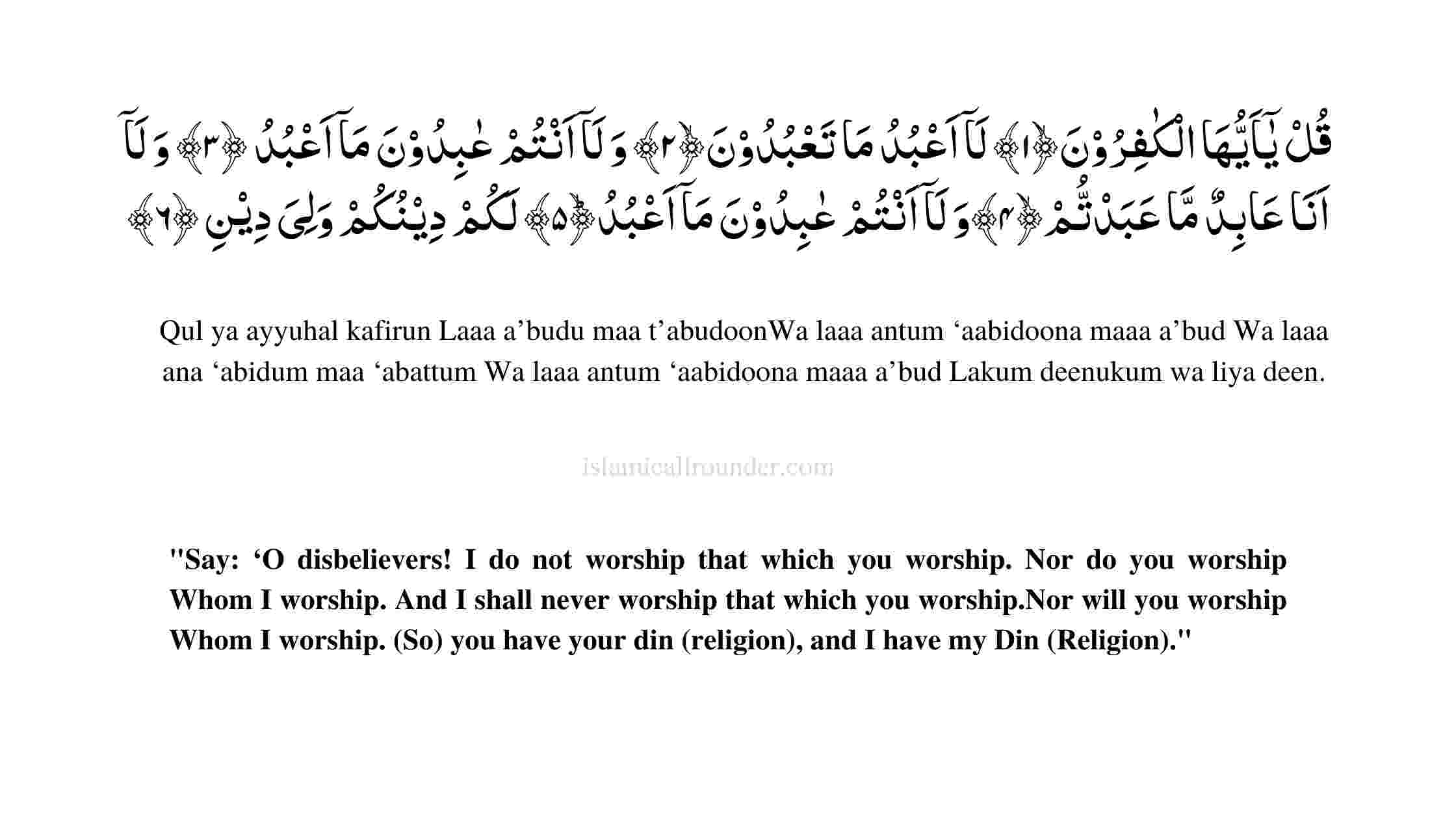 Hazrat Ebn Abbas (MAPH) narrates that the Quraysh said to the Messenger of Allah (PBUH) that they would give you so much wealth that you would become the richest man in Makkah and the woman you would like to marry. They will marry her to you. Just stop cursing our gods and if you don’t, we offer you another one. You asked: What is that? He said: Worship our gods for one year ie Lat and Uzza and for one year we will worship your god. In response, Surah Kafroon was revealed.

Waleed ibn Mugheerah, As ibn Wa’il, Aswad ibn Muttalib and Umayya ibn Khalaf met the Hazrat Muhammad Holy Prophet and said: O Muhammad! Worship our gods, let us worship your gods and let us and you be united in all matters, then Allah revealed Surah Kafroon. 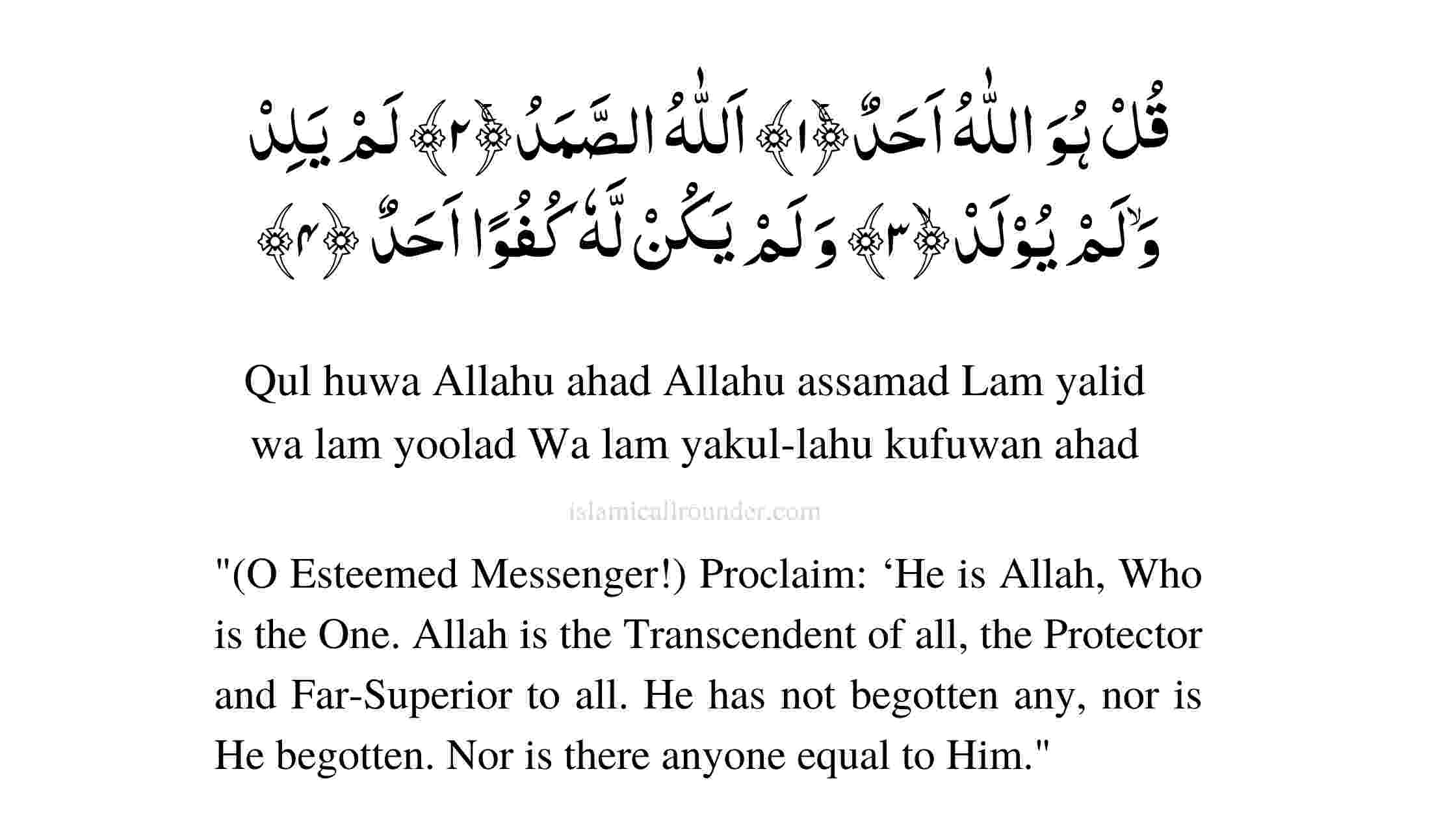 We see that all over the world, birth and death, and change are going on in a single system, the sun always rises in a certain direction and sets in a certain direction, just as the moon and stars also adapt to a single system. Rising and setting, agricultural production and the birth and death of human beings and animals are taking place under one system. If there were multiple gods, the systems of the universe would be numerous. Being is proof that its system and its creator and inventor are also one.

And in a country where there is a presidential system, the president is one, so how can there be two gods of the universe when two presidents of one country cannot be. Allah Almighty claimed that He is the sole creator and owner of this universe and in proof of this He sent prophets, messengers and revealed the heavenly books.

Hazrat Mu’adh bin Abdullah narrates that it rained lightly and darkened us, we were waiting for the Hazrat Muhammad (PBUH) in the morning prayer, then the Hazrat Muhammad (PBUH) told us  and He came to offer prayers. He said: Read. I asked: What should I read? He said, “Recite Qul Ho Allaho Ahad” and Mu’awzatin, when it is evening and when it is morning, recite it three times, their recitation will suffice you for everything. 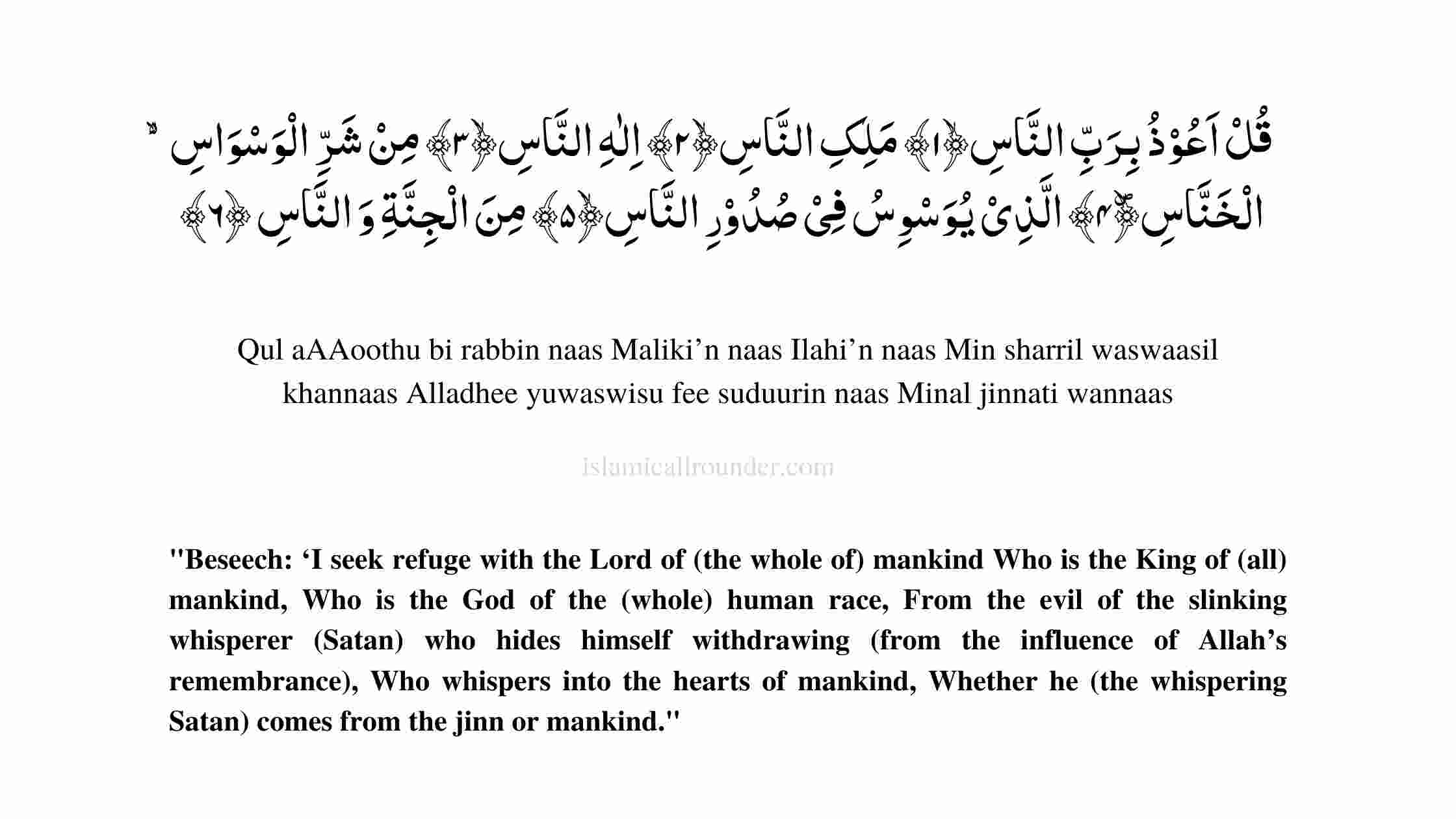 Satan instills in the heart of man such things which astonish him in his religion and instills evil desires in his heart and entices him to do evil deeds. Allah Almighty has commanded that when Satan tempts man towards evil, man should Come under the protection of Allah.

Indeed, He is the All-Hearing, the All-Knowing. Verily, those who fear Allah, when a thought comes to them from Shaitan (Satan), they remember Allah, then suddenly their eyes are opened.