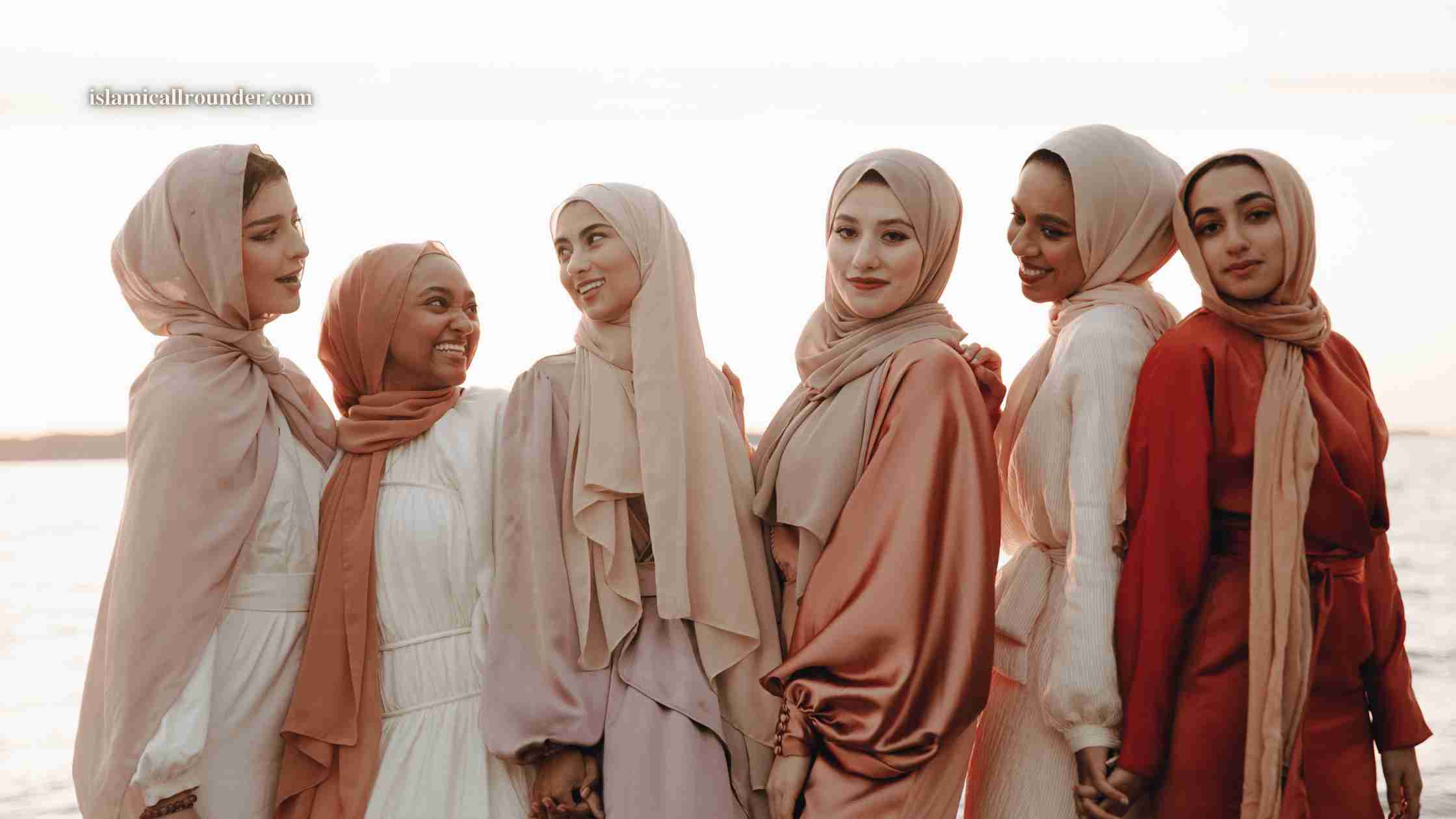 The women of the Muslim Ummah have been given an invaluable gift in the form of “Hijab” through which every mother, every daughter and every sister of the Muhammadan Ummah can always protect themselves from any evil if they wish.

It is an invaluable gift that, if adopted in a proper manner, can lead to the attainment of high qualities such as physical purity as well as heart purity and piety, purity and modesty.

There are numerous verses in the Qur’an which teach us how to adopt the veil, shame and revelation and other social etiquettes. The concept of veil and hijab has been defined in great detail in Surah An-Noor, Surah An-Nisa ‘and Surah Al-Ahzab. 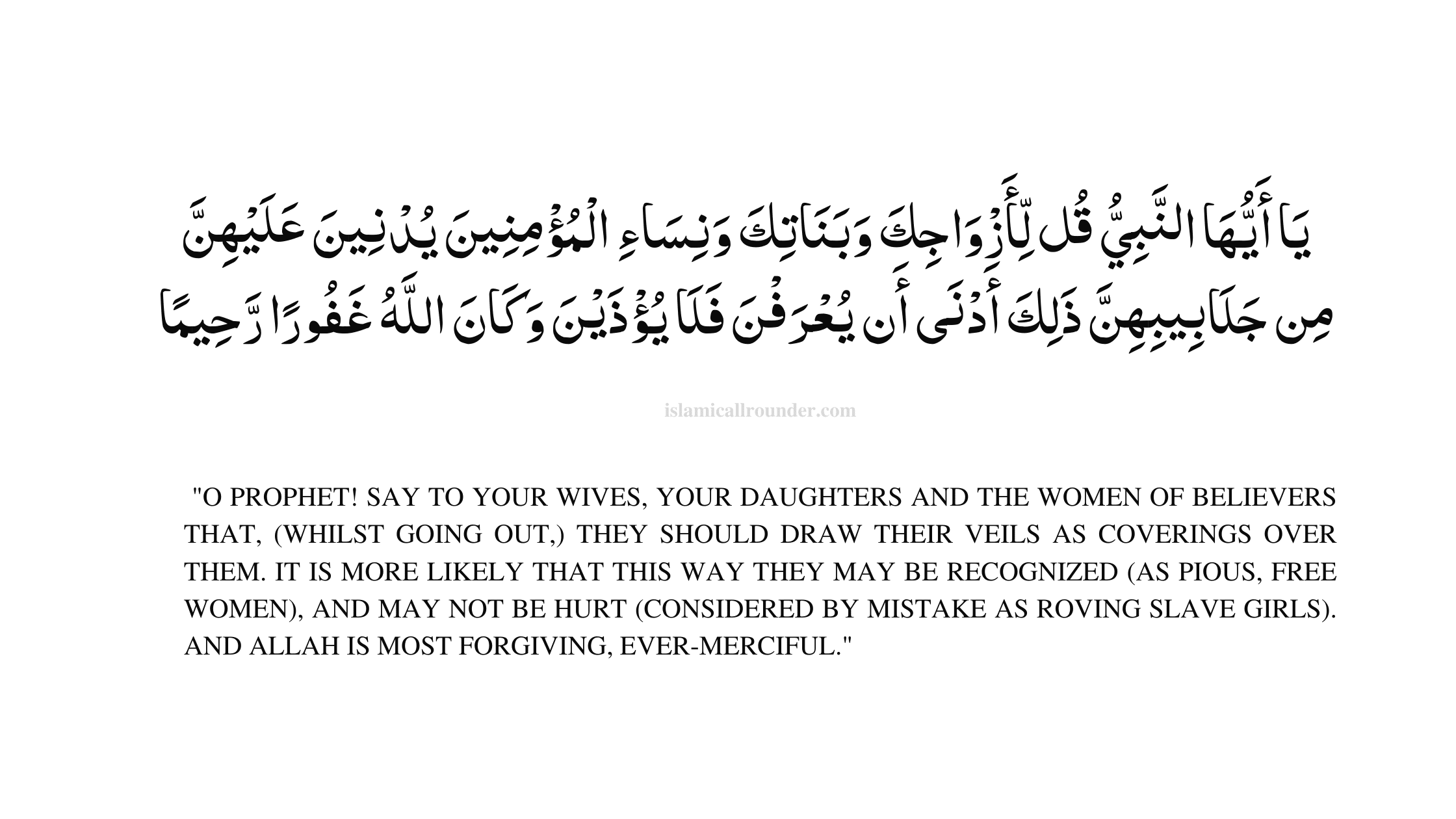 All the commentators insist on covering the face and all four jurists agree on this, while in every age the question has been raised that nowhere in the Quran is it obligatory to cover the face. But this has been the practice of Muslims throughout the history of Islam regarding the veil of the face.

After the revelation of this verse, the women of Ansar used to come out of their houses with such dignity as if they had birds on their heads and they used to cover themselves with big black sheets which covered not only their clothes but also their faces. Used to hide.

The Need and Importance of Hijab

The need and importance of hijab has been clear in every age. When the hijab was required in the time of the Prophet (peace be upon him), it was because some obscene boys used to harass women while passing by. The Companions of Madinah came to the service of the Hazrat Muhammad (pbuh) and said: “O Messenger of Allah (sws)! Our wives are disturbed by the naughty boys of Madinah.

And those Jewish boys say we don’t know if they are Jewish women or believers O Messenger of Allaah (peace and blessings of Allaah be upon him) explain the difference in such a way that the individuality of the believers becomes clear and they are safe.

Why Do Muslim Women Wear Hijabs

On which the following verses were revealed. These verses were then strictly observed in such a way that whenever Muslim women went out of their houses, they would cover themselves completely. Allah Almighty has commanded in Surah An-Noor. 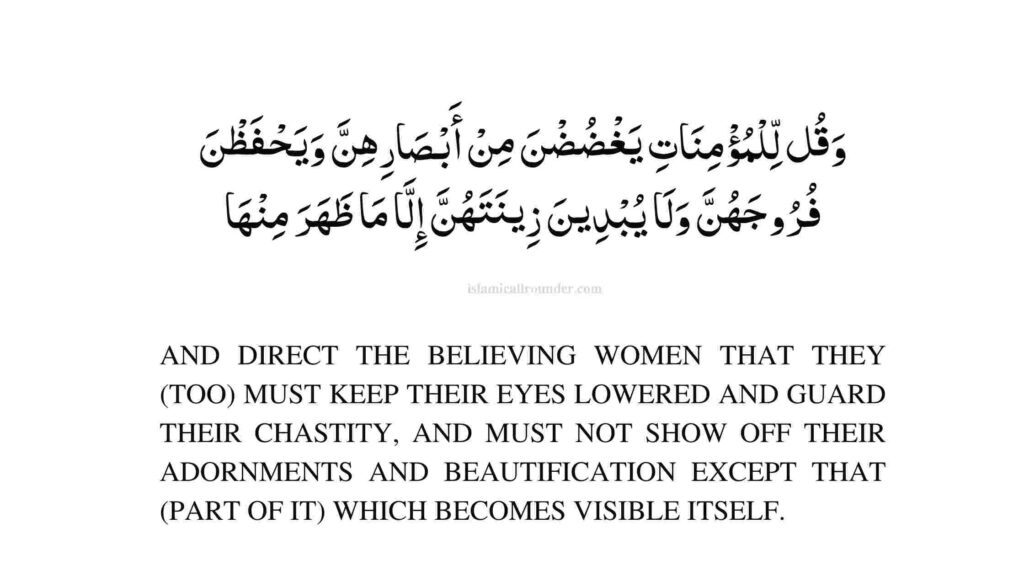 In the same way, the importance of hijab and its virtue and wisdom can be gauged from this verse which Allah said: 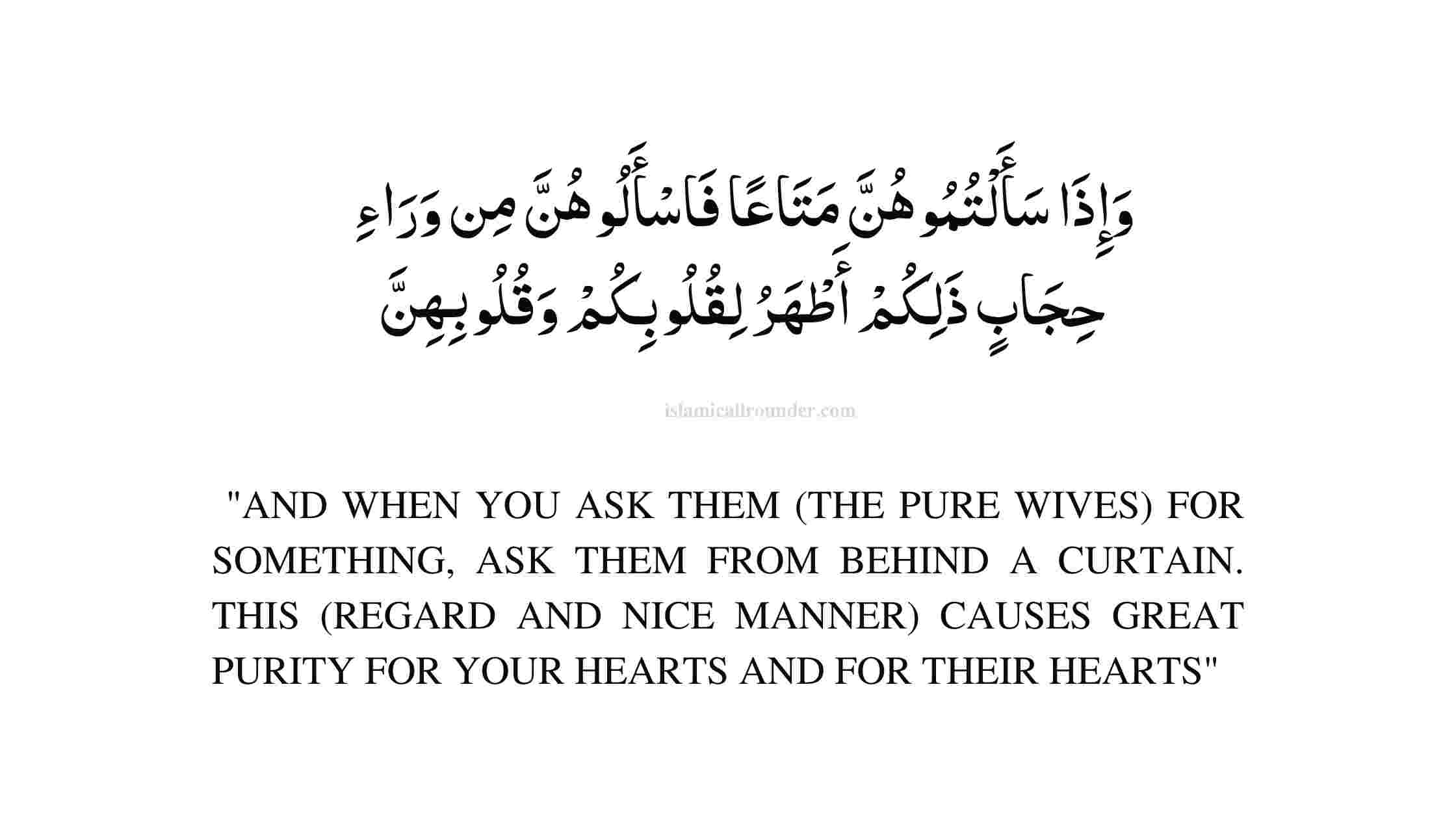 then we can appreciate the wisdom and importance of this verse that we should be taught that style. If we adopt it, they will be able to be safe from all kinds of mischief and there will be peace and tranquility in the society and our shame, piety and purity will remain.

Whenever you speak, speak softly and softly, but when you speak to a man, speak harshly. In any gathering, our eyes are lowered according to the command. Our adornment should be on the way that is hidden in our veils and our veil should be in accordance with the Shariah of Muhammad (peace be upon him). Hazrat Ayesha Siddiqah (RA) once took off the thin dupatta of one of the Companions (RA) and gave them a thick chador.

Even in the battles, when the Companions used to dress and care for the sick, they would be in the regular Proper veil, and in the same way, whatever teaching or other matters they dealt with, they would arrange the full veil. When the hijab did not become an obstacle in the way of progress when there was not so much fear of evil and mischief, then today the hijab is urgently needed. Women can perform their duties of welfare and reformation as well as behind the scenes.

Why is a Face Mask Necessary? 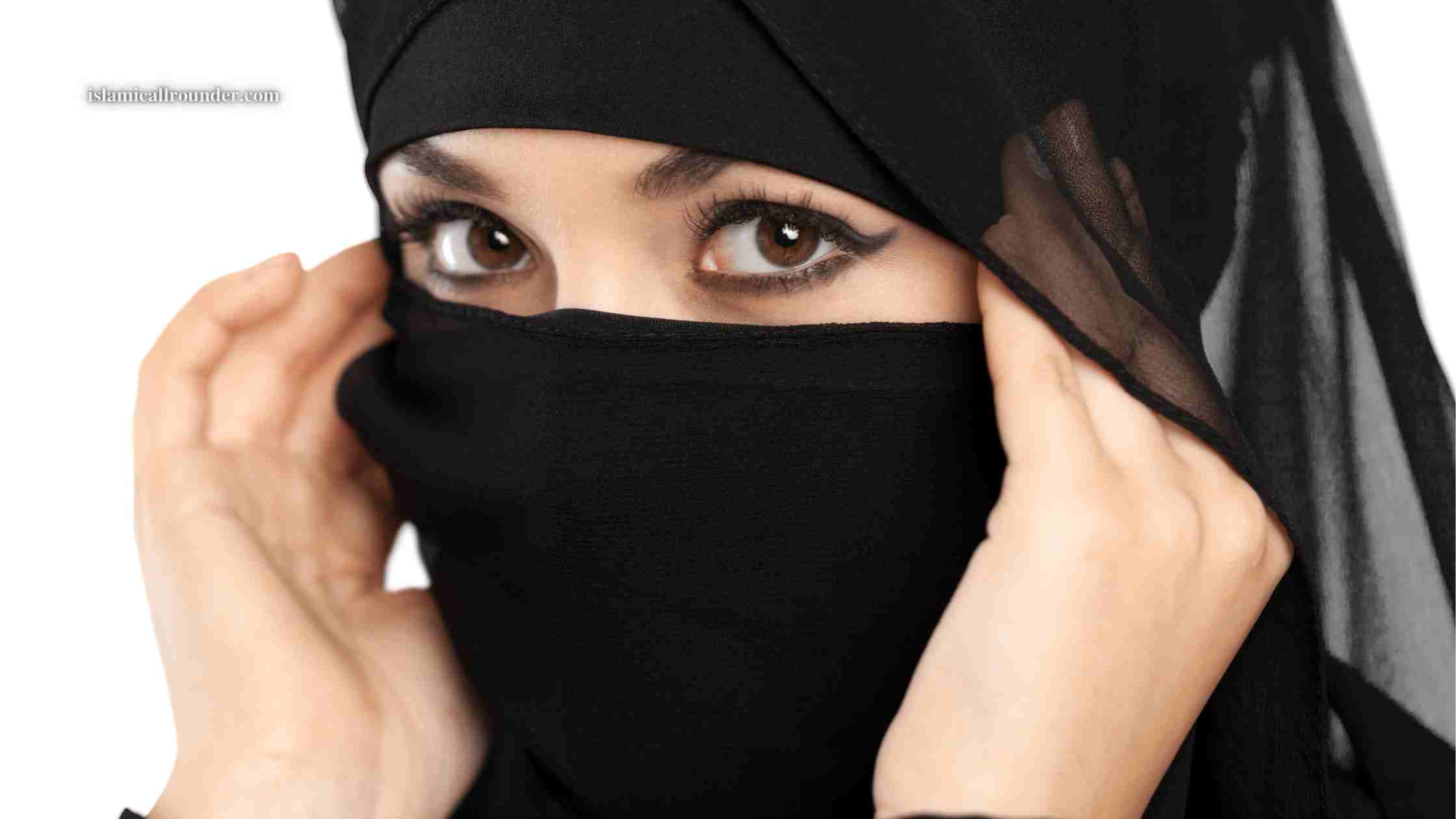 Why is a face mask necessary? If necessary, how does society view a veiled woman? And what is its wisdom? If you look, the face is the real thing, the first look of beauticians falls on the face and make-up starts from the face. If we look, there are some faces that even if a human eye catches them, it doesn’t matter, like an old woman, but for young girls and women, the face mask is very important.

That is why according to the jurists, there is a face mask for young girls nowadays because there are many wisdoms and benefits hidden in it. Every command of Islam is based on expediency and expediency is of two kinds, one which benefits and the other which prevents from harming anyone.

There are many rulings in which there is no harm in itself but they are the cause of evil because they are becoming the source of evil so Islam commands to stop this practice as well. For example, in the mixing of a man and a woman, there is nothing wrong or disorder in itself, but this mixing often leads to a special evil, so Islam forbade it so that the time for evil does not come.

Similarly, keeping a young woman’s face open does not appear to be harmful, but can sometimes lead to a negative look on the face, which can lead to a serious situation.