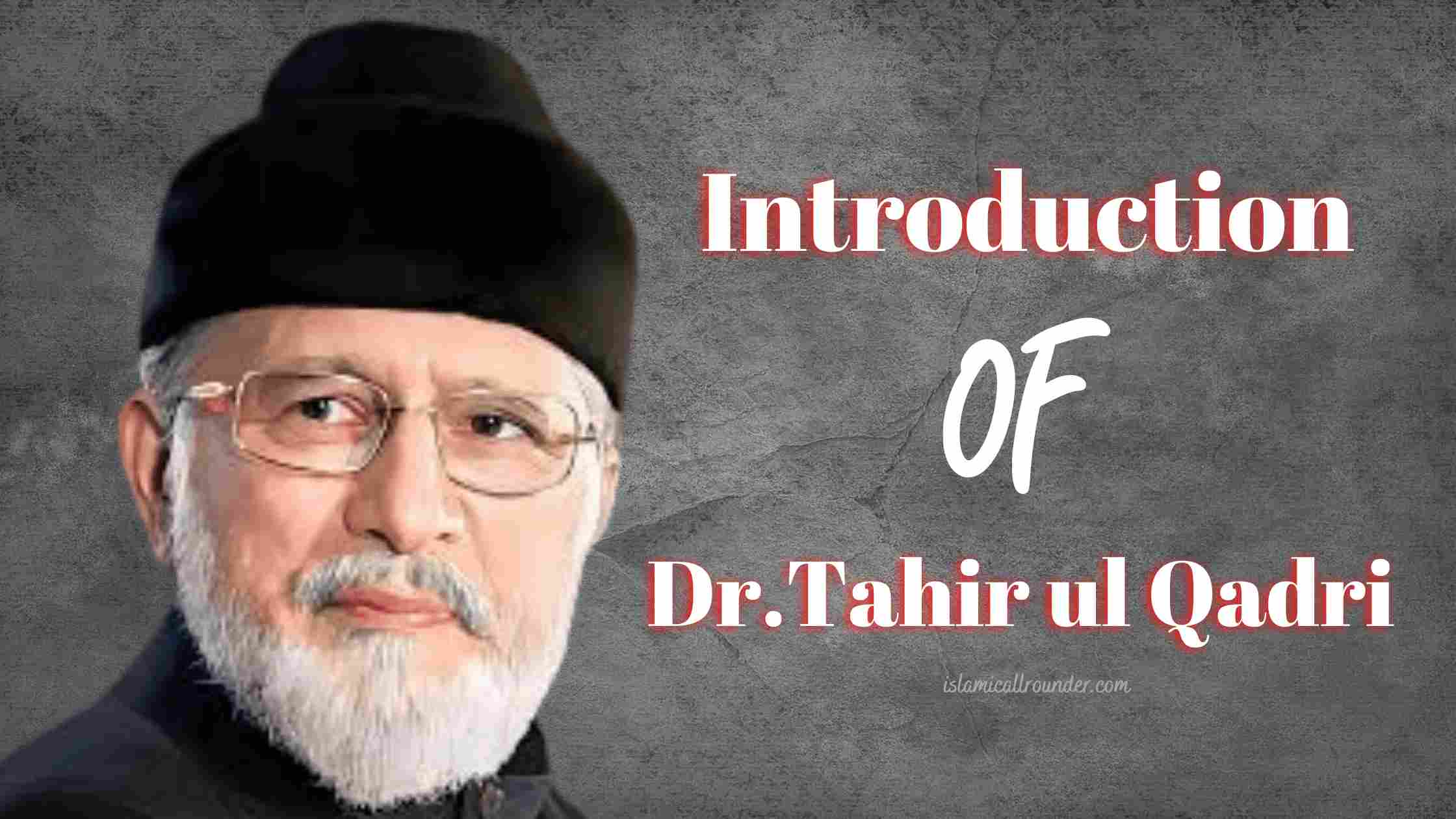 Your real name is “Muhammad Tahir” which was given to you by your parents at the time of your birth after receiving a hint from the Holy Prophet (peace be upon him) in a dream.

With the passage of time, as your academic ability increased, titles like doctor, professor were added to your name. And because of the connection with the Qadriya family, the name “Qadri” also became your identity.

Likewise, he was awarded the title of “Shaikh-ul-Islam” by the learned scholars for his immense service to the religion of Islam.

The great teacher who brought you to this place was your respected father whose name was Dr. Fariduddin bin Mian Khuda Bakhsh bin Mian Bahauddin. Among your ancestors there is also a name of Mian Nawab Ahmed Yar who was a great noble of his area.

He was born on February 19, 1951 in Jhang city, Pakistan  in “Qadri Manzil” Mohalla Purani Eid Gah.

You began your primary education with your father, Dr. Fariduddin Qadri, and were also admitted to a Sacred Heart School.

You were very fond of learning from your childhood and that can be estimated from the educational record of Dr-Qadri.

As a follower of the religion of Islam, you have the belief system of Ahl-e-Sunnah and the jurisprudence of Hanafi

Dr-Qadri’s spiritual affiliation is with Sayyidna Tahir Alauddin Al-Gilani al-Baghdadi, a Sufi saint of the great Qadiriya line of Sufism.

The number of teachers from whom Shaykh al-Islam acquired knowledge is very large, but we mention a few names below:

He traveled to many countries for the promotion of Minhaj-ul-Qur’an movement, propagation of religion and service of Islam and offered his services at the international level as well.

Likewise, he traveled to numerous countries of the world to participate in conferences, seminars, and gatherings in order to promote the correct thoughts and ideas about the Qur’an and Islam. You have also given lectures in universities in America, Europe, Australia, South Africa, Far East and many other countries of the world.

Currently, the Minhaj-ul-Qur’an movement established by you is working to publish the religion of Islam in more than 100 countries of the world.

Dr. Muhammad Tahir-ul-Qadri has written about 1000 books on various topics and this continuation is still going on, about 750 books have been published. These include Quranic studies, hadiths, beliefs, biography, Sufism, ethics and modern contemporary sciences etc.

So far, more than 7,000 lectures on various topics have been published, including 100 lectures on “The Place of Prophet hood and the Authenticity of Hadith”. These addresses also include a series of more than 60 lectures on “Sufism and Teachings of the Sufis”.

Similarly, a series of more than 60 lectures on the honor and sanctity of Ahl al-Bayt and Caliphs are also included.

Your two sons are Dr. Hasan Mohiuddin and Dr. Hussain Mohiuddin, His three daughters are Fatimah, Aisha and Khadijah.

Some people question about Tahir ul-Qadri second marriage, So this is the truth You have only one marriage.

But at this time you have spent all your time on renovating the religion of Islam and collecting a collection of scholarly and research books for the sake of the coming generations of the Muslim Ummah.

Based on which you have entrusted all the remaining responsibilities to the friends of Minhaj-ul-Qur’an Movement, and from time to time you continue to guide them yourself.

Recognition of services at the international level

The academic and intellectual services of Dr. Muhammad Tahir-ul-Qadri are being recognized at the international level as well, some examples of which are as follows: