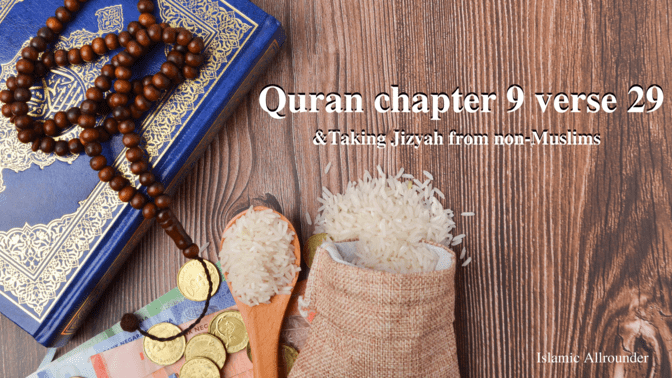 We are describing the original Arabic text of Quran chapter 9 verse 29. For the convenience of those who do not understand Arabic, English translation will also be done. 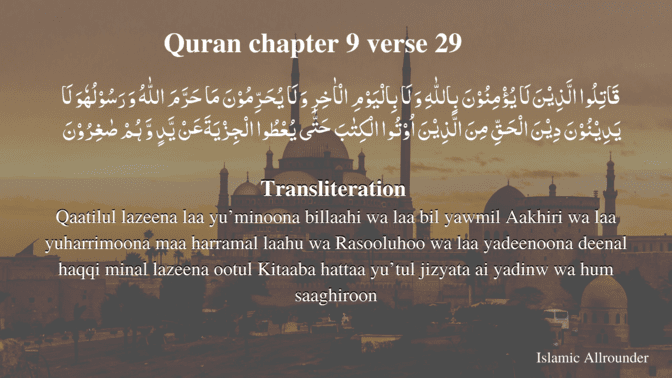 In the previous verses, Allah Almighty had stated the rules of the polytheists that after nine AH they will not be allowed to come to the Sacred Mosque for Hajj and Umrah, nor is it permissible for the polytheists to build mosques.

And that the polytheists where If found, it is obligatory to kill them. Allah is stating the command of the People ,fight them until they pay the Jizyah with humiliation.

The Jizyah will be Collected From

The Amount of Jizya