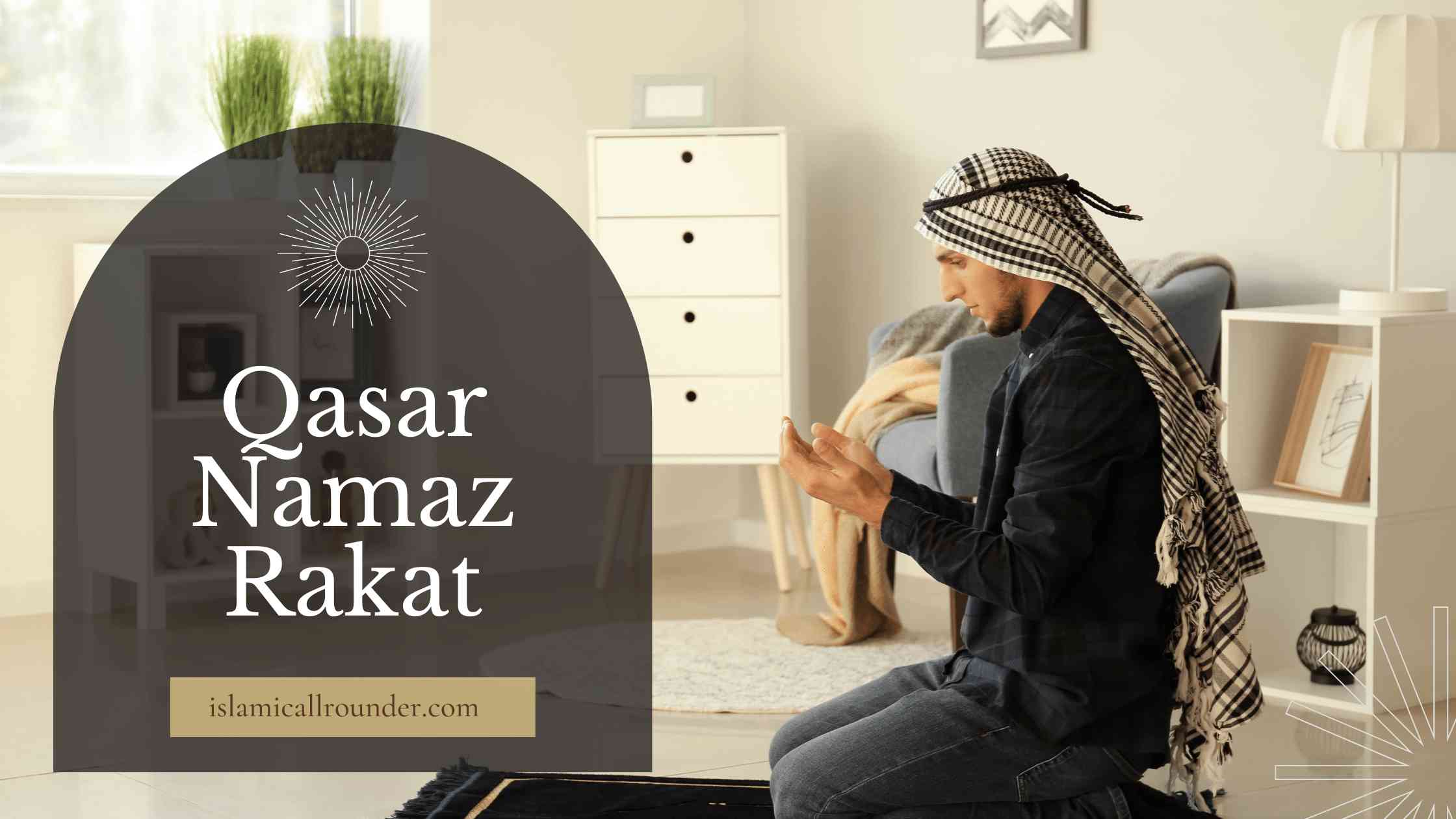 “Qasar Namaz Rakat” Do you know which prayer it is? Surely every Muslim will know about it. Because it is one of the basic teachings of Islam Deen. Muslims offer five daily prayers as an act of worship. If you have to go In order to facilitate this, the performance of this prayer is reduced. For example, if one prays four rak’ats daily in the daily Zuhr, Asr and Isha prayers, then one has to perform two instead of four in the journey. This is called Qasr Namaz. In the Qur’an, Allah says:

“And when you travel in the land, there is no blame on you for shortening the prayer (read two instead of the obligatory four rak’ahs)”

Here it may come to one’s mind that nowadays the journey is not so difficult and one is not often afraid of being harmed by the disbelievers. Then why is the prayer shortened qasar namaz rakat? The answer is in the following hadith:

According to the jurists, the journey in which it is obligatory to shorten the prayers is a distance of three days in terms of moderate gait. In the present era, the jurists have estimated its distance to be 48 miles, which is about 78 kilometers in terms of kilometers, now it is 48 miles or about 78 kilometers valid. If a person travels on a motorcycle, car or plane, etc. in a very short time, then the same rule applies to him, that is, he is a passenger. The Hanafi jurists argue in determining the amount of Shariah travel from the following ahaadeeth:

Hazrat Shurah bin Hani narrates that I came to the service of Hazrat Ayesha Siddiqah (RA) and asked about the period of wiping on socks. She said: Go to Hazrat Ali and asked about this issue. Find out because he used to stay with Hazrat Muhammad (PBUH) often. Hazrat Ali (RA) said that Hazrat Muhammad (PBUH) has fixed The period for this person is three days and three nights which will be on the journey and the period for this person is one day and one night where he stays.

When Hazrat Abdullah bin Umar went to Mecca and intended to stay for fifteen days, he would open his back and offer the whole prayer.

How to perform Qasar Namaz Rakat

How many rakats to pray when travelling?

The method of shortening the prayers travel namaz is narrated from Hazrat ebn Umar (that he performed the prayers with Hazrat Muhammad (PBUH).