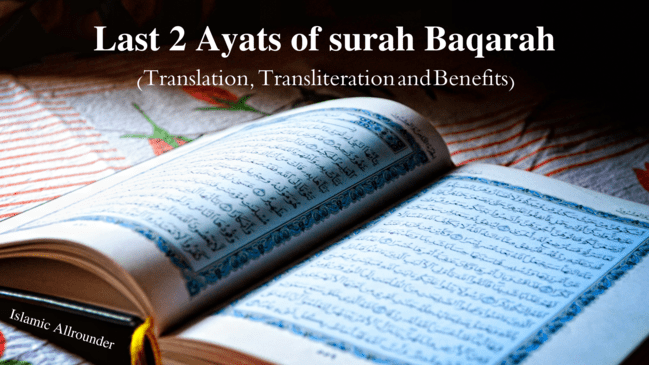 Last 2 Ayats of Surah Baqarah are very important verses in Quran. Surah Baqarah is the longest surah of the Quran which is a Madani surah.

Allama Wahidi Nisha Puri has written that Ikrimah has stated that the first Surah to be revealed in Madinah is Surah Baqarah. 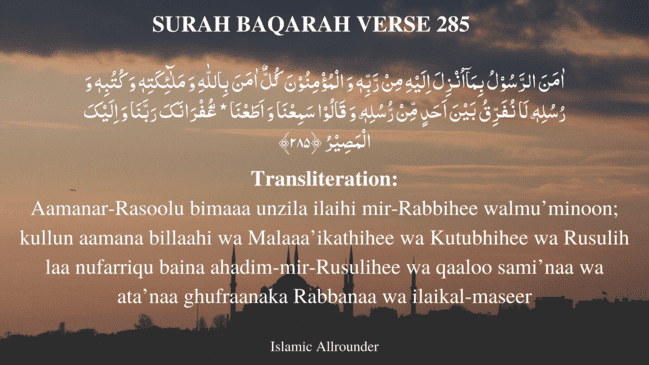 “The Messenger (peace and blessings of Allaah be upon him) believed in that which was revealed to him from his Lord, and so did the believers.

They believe in His angels, and in His books, and in His messengers. We have heard (your command) and obeyed, our Lord! We seek Your forgiveness, and to You is our return”

Even in the beginning of this Surah, Allah had described the attributes of the believers that They obey every command without looking, and perform the prayers regularly And they spend their most beloved wealth on the command of Allah. Believers are also mentioned at the end of the surah.

So they are mentioned in the second degree, then there is the remembrance of believing in the books because the books are the revelations which the angels convey from Allah to the prophets I mention.

Then there is the mention of faith in the apostles and they say that we do not differentiate between any of these apostles in believing, just as the Jews and the Christians differed that some believed in the prophets and some did not. 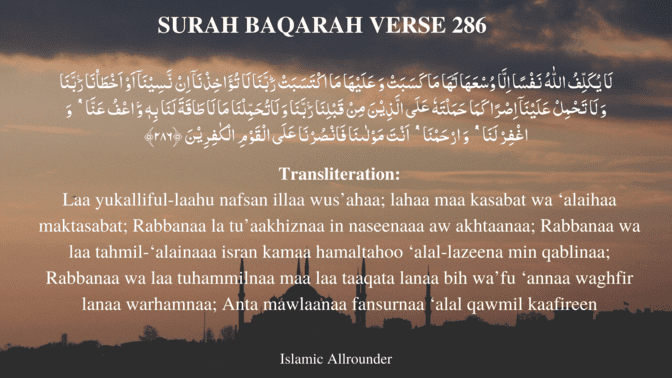 “He does not afflict any soul beyond its capacity, for the good it has earned is its reward and for the sin it has earned is its punishment, O our Lord! If we forget or make a mistake, do not seize us, our Lord. And do not burdan us as you have burdaned those before us.

Hazrat Ibn Abbas says that when this verse was revealed that you should reveal or hide what is in your hearts, Allah will hold you accountable for it. The companions said: We repent and turn away from the deeds of hands and feet and tongue. How to turn away from whispers? Then Jib reel brought this verse: Keep.

Hazrat Abu Dhār Ghaffari says that Hazrat Muhammad (PBUH) said: Allah Almighty has forgiven the deeds of my Ummah which are sinful, forgetful or the deeds for which they have been compelled.

Explanation in the light of the Prophetic Hadith

It is the reward of Allah that He has provided His servants with the means of His mercy and forgiveness. One of them is the last verses of Surah Baqarah.