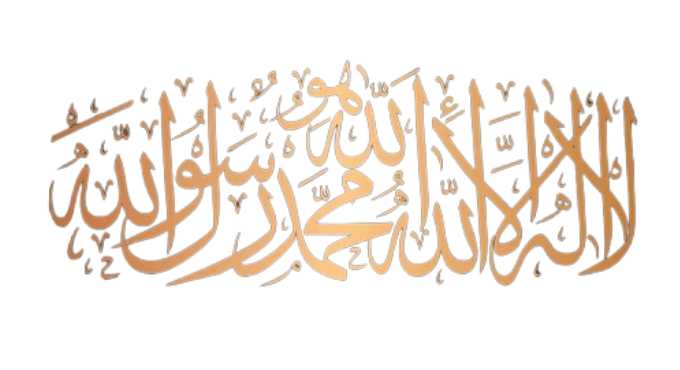 Lets see Lailahaillallah Muhammadarrasulullah in Arabic with Meaning. Do you know what it takes to become a Muslim? To become a Muslim, one must first give two testimonies with the conviction of language and heart.

These two testimonies are called Aqeedah Tawhid. It should also be noted that even if God is accepted as one but Prophet Muhammad is not accepted as the last prophet, man cannot become a Muslim. The condition for becoming a Muslim is to acknowledge the oneness of God at the behest of the Prophet. 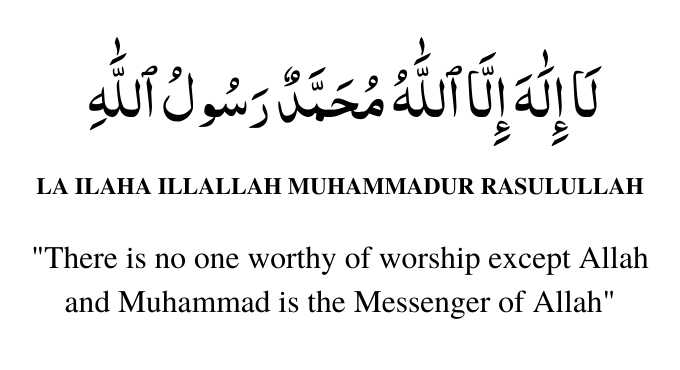 Hazrat Abo Horaira says that Hazrat Muhammad (PBUH) said: Renew your faith. It was said: Ya Nabi! How do we renew our faith? He said: “There is no god but Allah.” Say as much as you can.

Whoever says Lailahaillallah will be admitted to Jannah.

The Holy Prophet (saw) said: Hazrat Mosa said: O my Allah! Teach me a word by which I will remember you and pray to you. Allah Almighty said: Say: “There is no god but Allah .” He said: O my Lord! Of course there is no god but you but I want a word that is special to me. Allah Almighty said: Ya Musa! If the 7 heavens and their seven inhabitants besides me and the 7 earths are in 1 scale and “La ilaha illa Allah” is another, then “La ilaha illa Allah” will be heavier than .

Hazrat Muhammad (PBUH) say: On the Day of Resurrection, Allah will select and separate one person from my ummah, then ninety-nine offices of sins will be opened before him. Each office will be as big as the human eye can see, then it will say: Do you deny any of it? Did the guardian angels who wrote me wrong you?

He will submit: No! Allah will say: Do you have anything to answer? He will submit.: No, (there is no excuse) Allah will say: Yes, we have a good deed of yours, today you will not be wronged. Then a piece of paper will be taken out on which the word Shahadat will be written.

Allah Almighty will say: Come to the balance. He will say: O Allah! What is the status of this little paper in front of these offices? Allah Almighty will say: You will not be wronged today. Hazrat Muhammad (PBUH) said: Then ninety-nine offices (of sins) will be placed in one scale and that piece of paper will be placed in another. The scales of the offices will be lighter while the paper (scales) will be heavier. Nothing is heavier than the name of Allah.