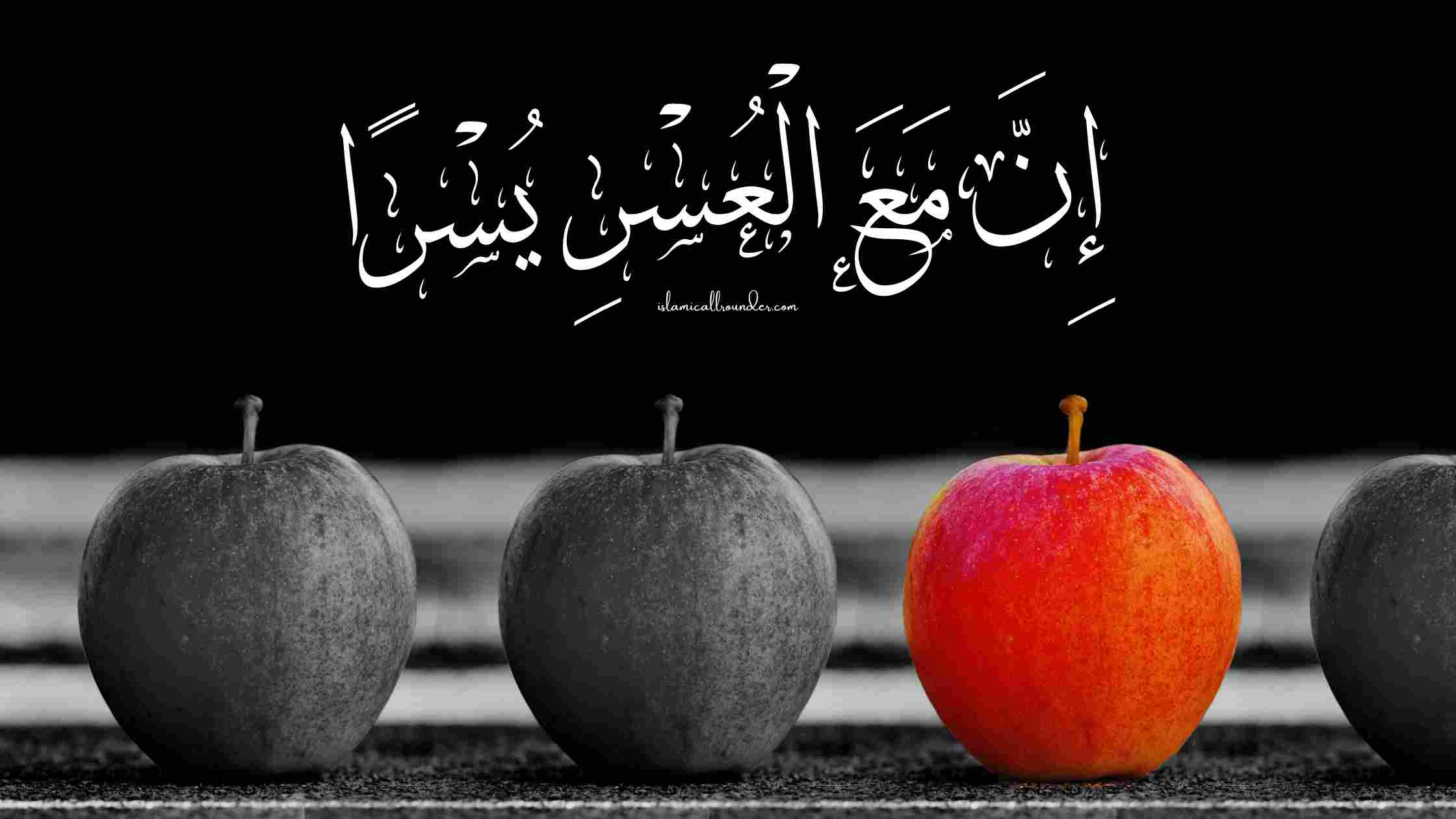 One should not be frightened by the onset of any difficulty, trouble or difficulty, but should pray to Allah Almighty in the hope that the difficulty and trouble will be removed and the difficulty will be eased Inna ma al usri yusra. Allaah says (interpretation of the meaning):

“Allah does not burden any soul except to the extent that He has given it to him. Soon Allah will ease him after the difficulty”

You will read this article from beginning to end so that there is no misunderstanding. We will also present it in pictorial form so that you can use it in social media.

Imam Ibn Abi Hatim narrates that one day the Messenger of Allah was sitting and there was a stone in front of him. People said. If hardness comes and penetrates into this rock. Then ease will come and it will go to the same stone, and it will bring it out.

Hazrat Muhammad (PBUH) said: If there is difficulty in entering this stone so ease will come and bring it out, Then he recited this verse fa innama al usri yusra inna mal usri yusra. 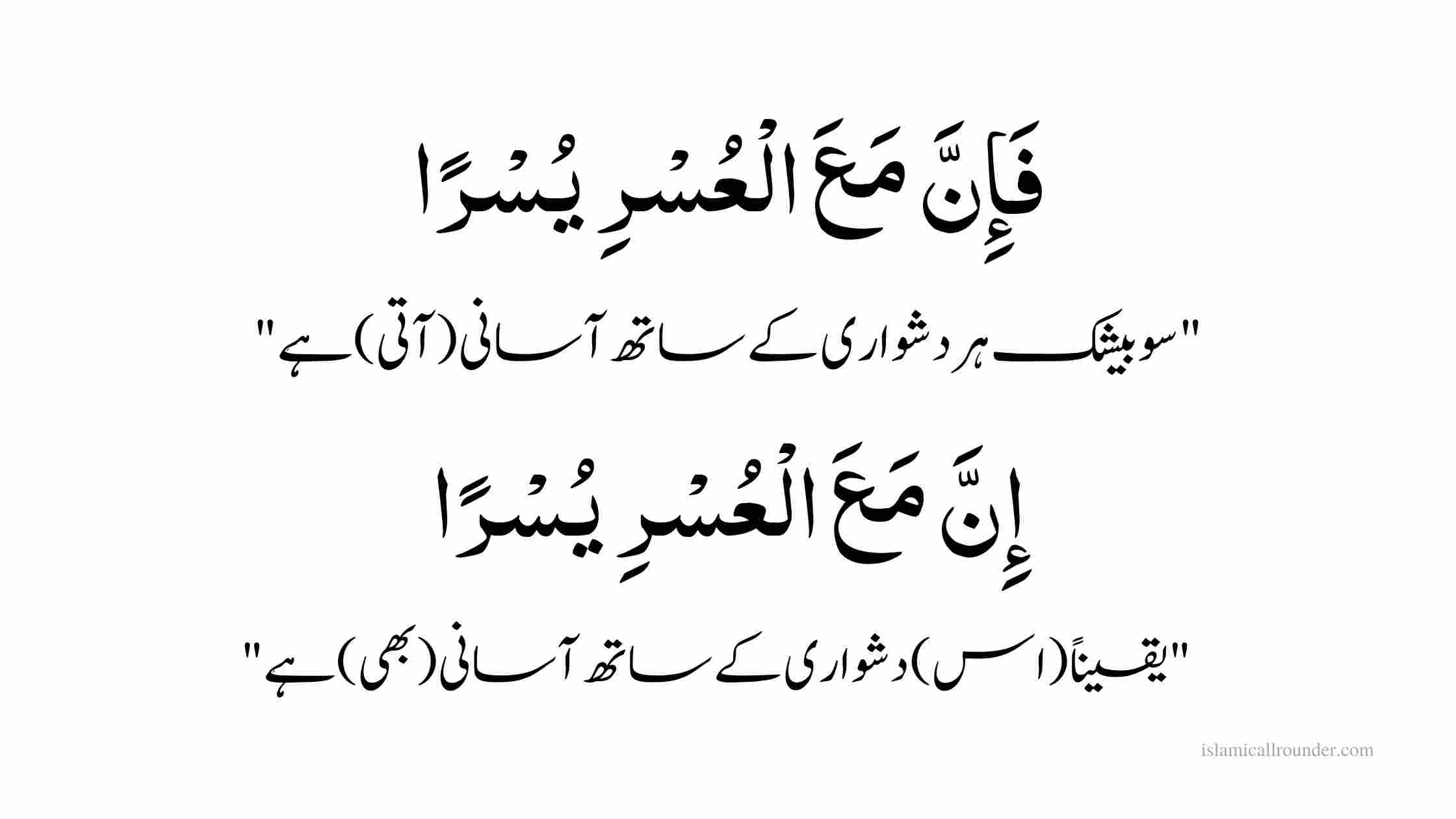 The poems of Abu Hatim Sajistani are as follows:

Everyone seeks satisfaction and peace in life. But the only person who succeeds in finding it is the one who adopts a positive attitude even in difficult situations and difficult trials and he sees a ray of hope in the present situation.

We must remember that the car of life does not always run smoothly. Good times come with bad times, and often good people have a hard time.

We must not give up, keep looking for a ray of light in the darkness, learn from the situation and keep trying to move forward.

The Virtue of Patience Over Hardship

These trials always come upon the servant even (he is cleansed by suffering) so he walks on the earth in such a way that no burden of sin remains on him.

Hazrat Muhammad (PBUH) said: On the Day of Qayamat, those who are in distress will be given innumerable rewards for their patience. Then at that time those who live in the world will wish: I wish! In the world, their skins would be cut with scissors (so they would be entitled to these gifts today).