We often hear a phrase that is repeated on the tongues of oppressed people and that is that hasbunallahu WA ni’mal wakeel. Therefore, it is narrated from Hazrat Abdullah bin Abbas (RA) that When an attempt was made to burn Hazrat Ibrahim (as) in fire then he said: hasbunallahu wa ni mal wakeel

And Prophet Muhammad also said when (some) people said to the believers: “Surely the people have gathered a great army against you, so beware of them.” His faith increased even more and he replied: hasbunallah wanikmal wakil dua 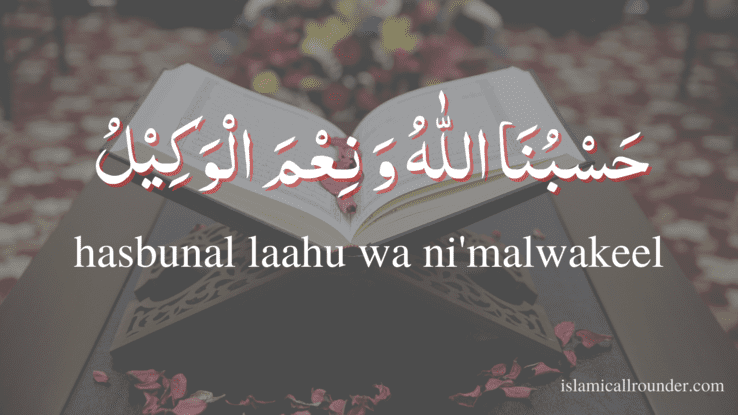 “Allah is Sufficient for us and what an excellent Guardian He is!”

A man came to Abu Bakr Shibli and complained of having more children. He said: Go home and evict all those people whose sustenance is not the responsibility of Allah Almighty.

Hazrat Abu Turab says, That there are seventeen degrees that lead to Allah, the lowest of which is to accept and the highest degree is to really rely on Allah Almighty.

Hazrat Abdullah bin Masood narrates that a man asked: O Prophet of Allah! Will we have a grip on what we did in the pre-Islamic era?

Hazrat Muhammad (PBUH) said: Whoever enters the realm of Islam and does good deeds, he will not be blamed for his deeds of the time of Jahiliyyah. However, if he came to Islam and did evil (as usual), then all his previous and previous deeds (evil) will be blamed.