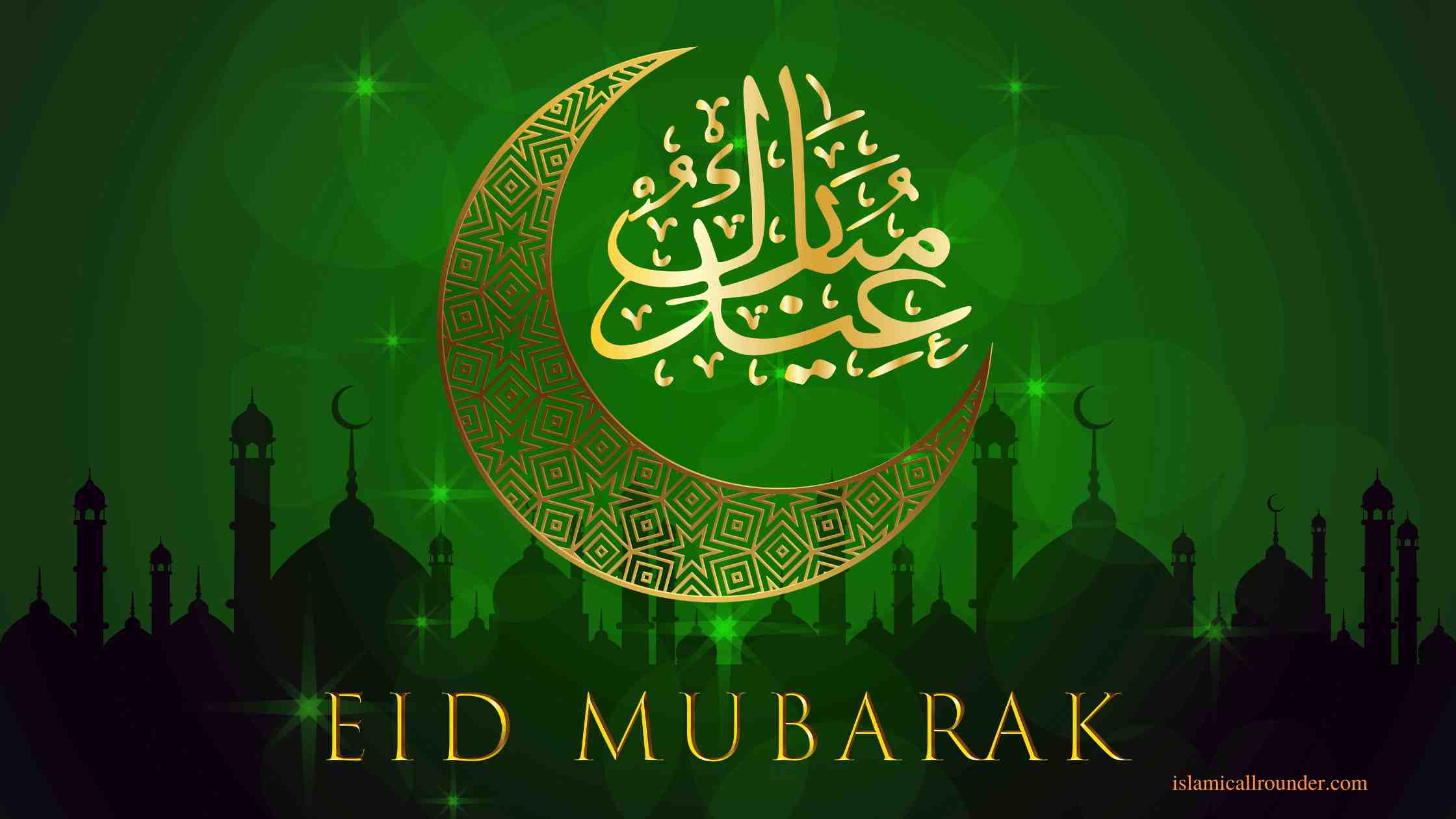 Eid is an Arabic word meaning “day of return”. Since these occasions of happiness come every year, they are called Eid. Every religion and nation has a few festivals that give people the opportunity to express their happiness collectively.

These festivals usually include sports and entertainment programs in addition to some religious rituals. But it has been observed that sometimes social traditions and moral boundaries are not taken into consideration in the expression of happiness and every method is considered permissible for the attainment of happiness and expression of pride and arrogance.

Two national festivals have been fixed for the people of Islam: eid al fitr and Eid-ul-Adha. Eid Al Fitr in Shawwal and Eid al Adha in Dhu al-Hijjah. Holiday celebrated by Muslims after the month of Ramadan. 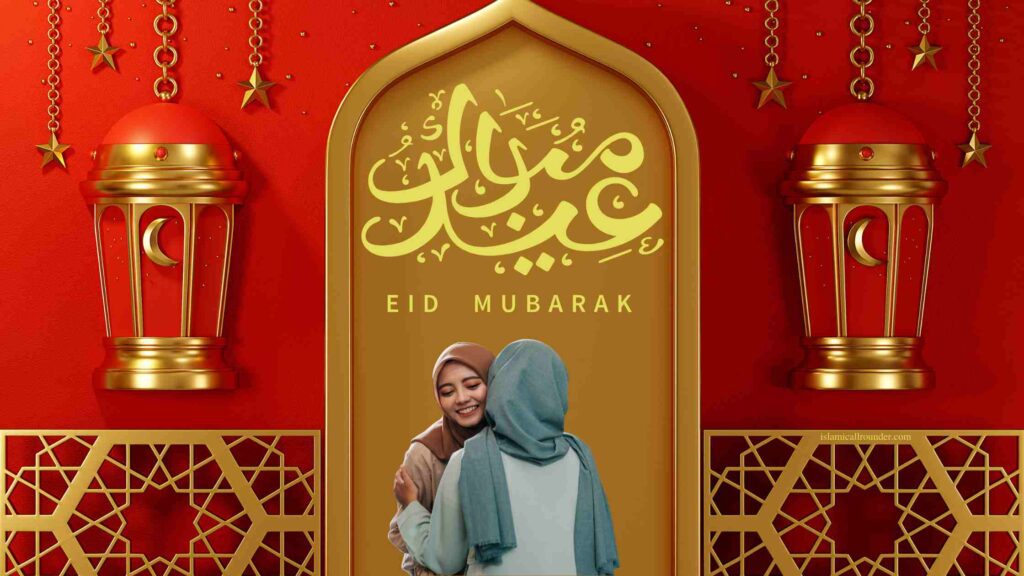 The day of Eid al Fitr has been fixed for the bestowal of the great blessings of Ramadan and for the expression of happiness and prostration of thanks for the ability to fast for the sake of Allah.

According to the narration of Hazrat Anas (RA), when the Holy Prophet (PBUH) visited Madinah at the time of Hijra, the people of Madinah had fixed two annual days in which they used to play sports. The Hazrat Muhammad(PBUH) said: What are these days? People said: This is the custom of our Jahili era, these days we celebrate. The Holy Prophet (sws) said: “Allah Almighty has given you two better days in return for these two days. Namely, eid al fitr and Eid-ul-Adha.

In these Eid festivals, instead of rituals and frivolous games, decent joy and serious entertainment were added. Although Islam to some extent considered these two occasions as happy days, unlike other nations, it was considered by Muslims to be a day of thanksgiving and renewal. Eid dua Taqabbalallahu minna wa minkum 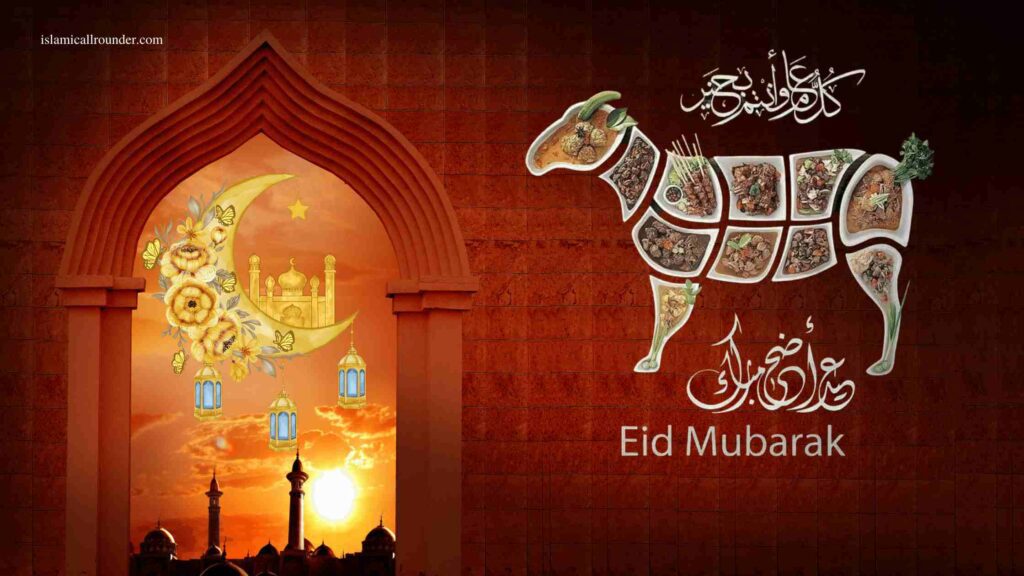 Eid-Al-Adha means the Eid of Sacrifice. On this day, Muslims slaughter animals to please their Lord. This day is actually celebrated to commemorate the great sacrifice of Prophet Ibrahim (peace be upon him). Animal sacrifice was ordered on this day to keep the spirit of self-sacrifice alive among the people.

Praying on the morning of Eid-ul-Adha and slaughtering animals are both manifestations of this fact. Prayer and sacrifice are both covenants. We are determined to sacrifice our interests, interests and desires for the sake of Allah Almighty. Embracing and congratulating each other after the prayers is an unparalleled practical demonstration of the unity, mutual love and glory of Islam.

Hazrat Ayesha Siddiqah (may Allah be pleased with her) says that when Hazrat Abo Bakar (MAPH) came, two daughters of Ansar were reciting poems with Tarnam.

It is narrated from Hazrat Jabir bin Abdullah that Adhan is not said for Eid-ul-Fitr and Eid-ul-Adha.

Hazrat Jabir bin Samurah (MAPH) narrates that he had offered Eid prayers with Hazrat Muhammad(PBUH) many times without adhan and iqamah.

Hazrat Ibn Abbas (RA) sent a man to Hazrat Ibn Zubair (giving this message). While allegiance was being taken for them. That Adhan is not said for Eid-al-Fitar and the last Khutba.

How to perform Eid prayers

eid al fitr and Eid-ul-Adha prayers are obligatory on every person who is obliged to perform Jumu’ah. Eid is a prayer of two rak’ats. The method of Eid prayers is the same as that of other prayers. The only difference is that six more takbeers are said in Eid prayers. Imam Takbir should recite Sana after Tahrimah, then raise his hand and say three Takbirs, after the third Takbir he should tie his hands under the navel, Muqtadi should do the same.

Then the Imam should recite aloud after tawaz and tasmiyyah. After recitation, bow and prostrate as usual. Then the second rak’ah will begin. The imam should recite, raise his hand three times after recitation and say takbeer, the follower should do the same with the imam and the fourth time the imam should bow the takbeer without raising his hand, the follower should also do the same, thus two rak’ats of prayer will be completed.

Islam does not make Friday prayers and Eid obligatory on women. It is better for a woman to pray within the walls of her house. Yes, if it is useful to go to the mosque for education and training, then it is permissible. Such arrangements are made in most Muslim countries, especially in Arab countries like Indonesia, Malaysia, India and Europe.

It is makrooh for women to offer separate Eid prayers under the leadership of a woman. If read, it will be done. The procedure is as follows:

Eid prayers were not offered

If a person is unable to perform the Eid prayer behind the Imam or for some reason his Eid prayer becomes invalid, he will not perform it again. Yes, if that person wants, he can recite four rak’ats of Chasht prayers without additional takbeers. The first rak’ah should be accompanied by Surah Al-Fatihah with Surah Al-A’la and the second rak’ah with Surah Al-Duha, the third with Surah Al-Ansharah and the fourth with Surah Al-Tin.

Whoever stays up on the nights of Both eid with the intention of worship, his heart will not die even on the day when all hearts will die.