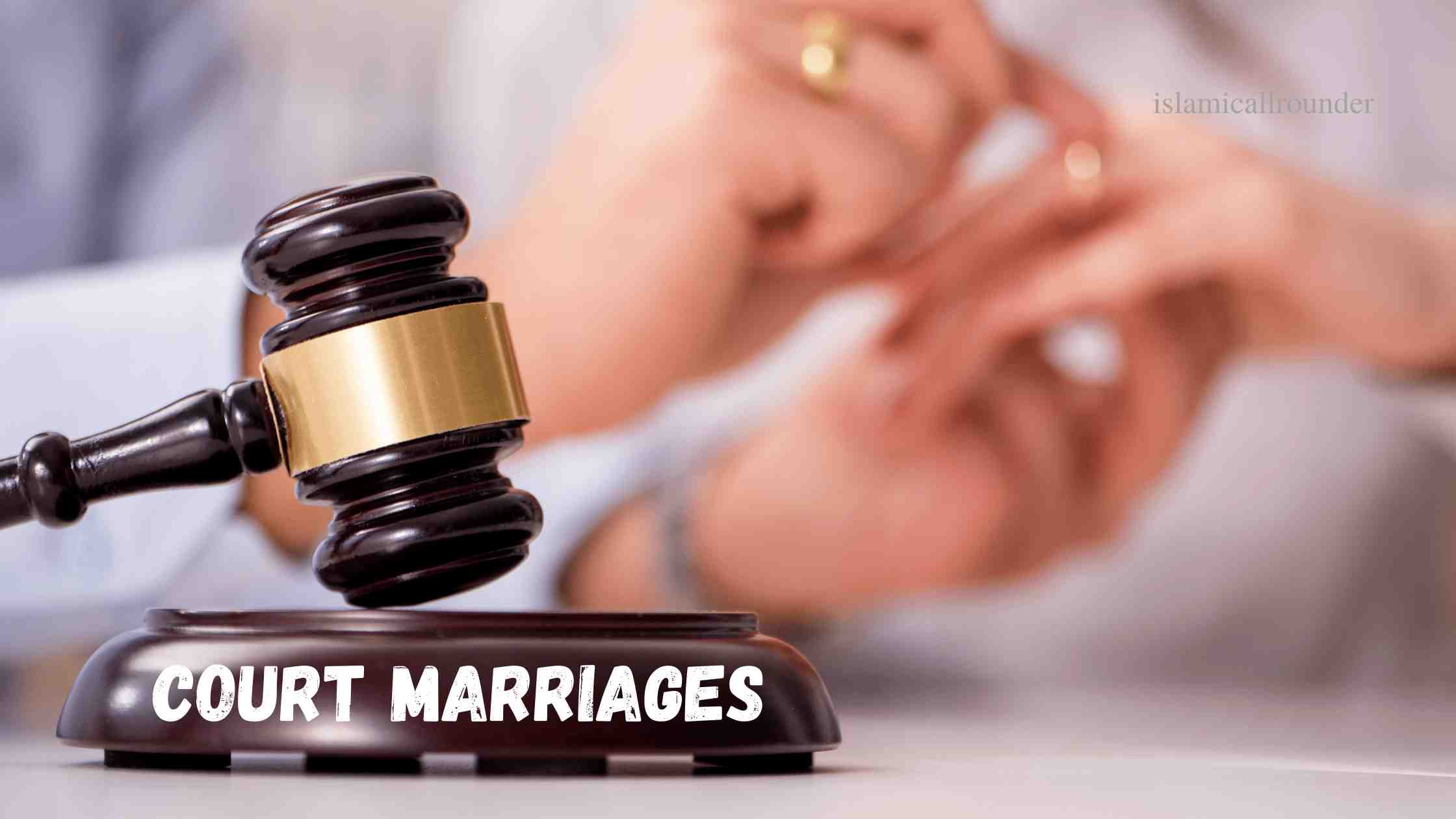 Court Marriages “Adult boys and girls can get married according to the constitution of their choice. This right has been given to them by the Qur’an and Hadith and the law of almost every country, but our society has not given it. This is also the reason for the increase in court marriages.

This choice will be two-sided; both by the boy and by the girl, no decision can be imposed on anyone against his will. 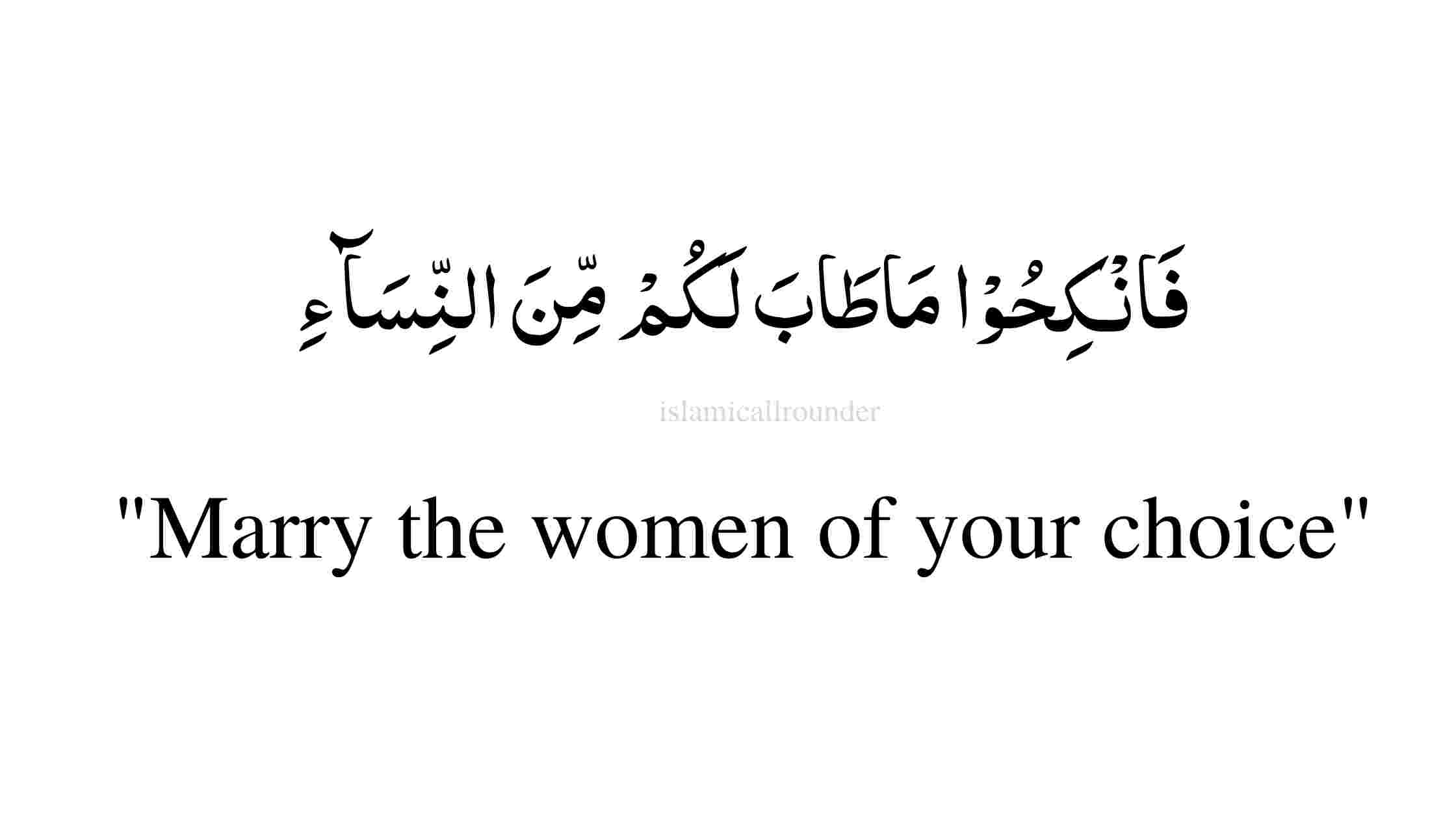 Getting Married In Court

Hazrat Muhammad (PBUH) said: When one of you gives the message of marriage to a woman, if he can see the virtues that make her want to marry, then he must do so. Hazrat Jabir narrates that I gave a message to a girl and secretly saw her until I saw her virtue which attracted me towards marriage so I married her.

Mugheerah ibn Shu’bah intended to marry a woman. The Holy Prophet (peace and blessings of Allaah be upon him) said: Go and see him, for perhaps Allaah will create love in your hearts. He did so, then married her. Later, he mentioned to the Holy Prophet (sws) his wife’s compatibility and excellent relationship.

The jurists say: The marriage of a free, intelligent adult girl takes place with her consent, even if her guardian does not do it, whether she is a virgin or a widow. The guardian is not allowed to force a virgin to marry.

If a girl becomes an adult through menstruation, she is empowered as soon as she sees blood, whether she maintains or rejects her childhood marriage.

One of the major shortcomings of modern-day Muslims, apart from their distractions from Islamic teachings, is that most parents ignore their children’s likes and dislikes and try to establish relationships of their own choosing do that is why most of the boys and girls are forced to get married according to their choice without informing their parents.

On the other hand, parents are not ready to accept a marriage against their will, even though the couple who have to live together should be given the right to live if they agree, even if they choose to do so in the Qur’an and Hadith. It is commanded to get married.

But due to ignorance, the marriage of choice between a boy and a girl is considered strange in the society and if they get married through a court, they look at it with more hatred.

Getting married in court is basically not a bad thing. The root of the problem is that parents ignore the likes and dislikes of boys and girls. Most of the parents, in their greed for wealth and property, do not care about the Shariah Kufa and trade their children’s lives without thinking. This decision leads to an unpleasant life later.

If a couple establishes a lawful and halal relationship by marrying through a court of their choice and consent, then they should have the right to live as they wish. Even if this path is closed, it means that we are going to force them to do wrong. Therefore, we need to adapt our thinking to Islamic teachings.

So that even in matters of marriage, parents and children can make good decisions within their own limits and the established relationship can lead to peace and tranquility in this world and the hereafter. However, banning judicial marriage is not the answer.