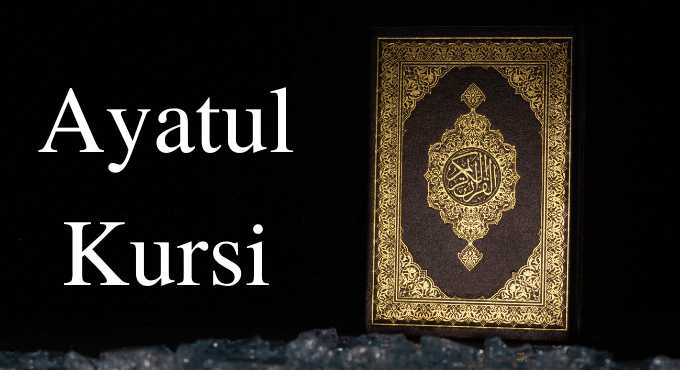 Are you looking for Ayatul Kursi in English” Here you will find Ayatul Kursi with Translation & Transliteration  and its complete information in the best way.

Muslims have received two great gifts from Allah Almighty. Their meeting is unique to the Muhammadan Ummah. By the grace of these gifts we can benefit both religion and the world.

The 255th verse of the largest surah of the Qur’an is called Ayat al Kursi and its virtue is proved by the hadiths. Abi ibn Ka’b narrates that Hazrat Muhammad (PBUH) asked him: Don’t you know what is the most glorious verse of Quran with you? I said: Ayat al-Kursi

Hazrat Muhammad (PBUH) touched my chest and said: By Allah! (You are right) O Abu Munther! Congratulations on your knowledge. 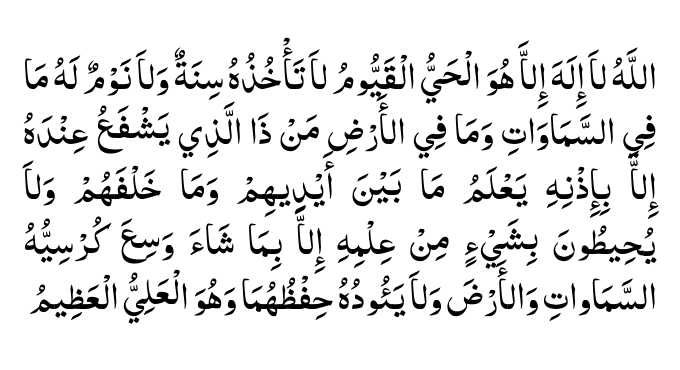 We are narrating the verse of Ayatul Kursi English Transliteration in pictorial form for your convenience. 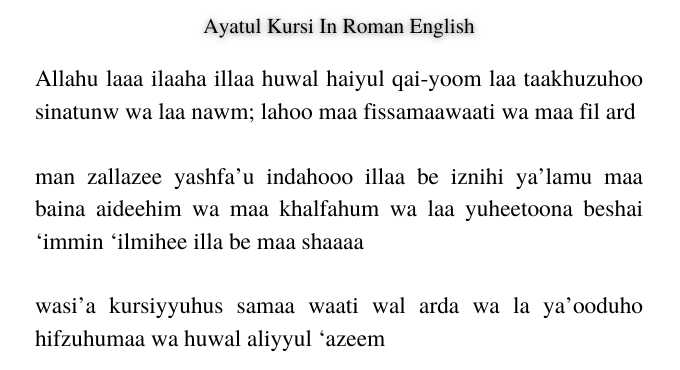 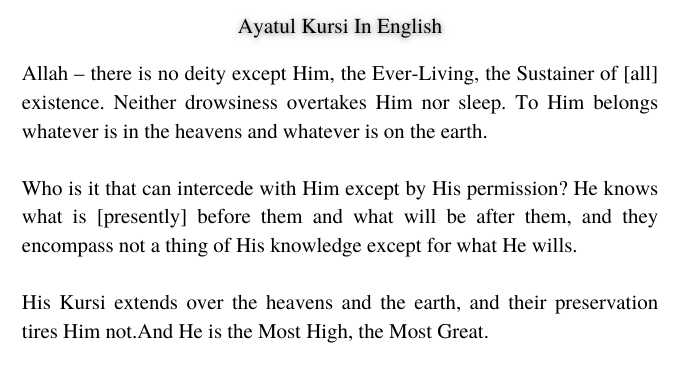 Ayatul Kursi benefits Are as follows:

We have mentioned above the virtues and amazing Ayatul Kursi benefits. This explains why we should read Ayat Kursi regularly.