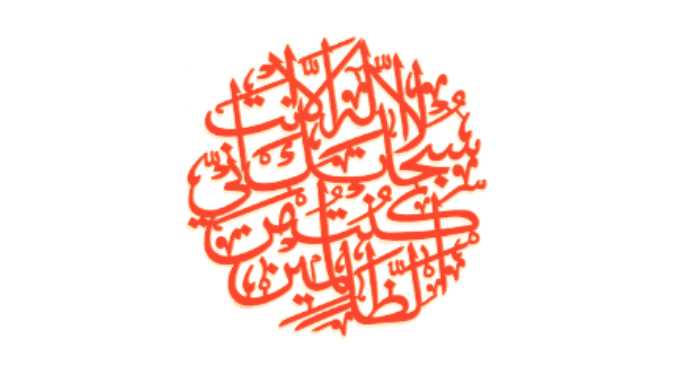 Ayat e Karima is la ilaha illa anta subhanaka inni kuntu minaz zalimin” In this age of science and technology, can anyone build a prison that is in the belly of a fish and the fish can take a prisoner and go under thousands of meters of water where there is only darkness.

Yes no, only our Lord can make such a prison because Everything belongs to Allah alone and Allah is fully aware of everything.

By the command of Allah Almighty, Hazrat Yunus stayed in the belly of a big fish as a trial and then he asked for a prayer la ilaha illa anta subhanaka which caused his repentance to be accepted and he came out of the belly of the fish.

This is a single supplication in Surah Anbiya in the Holy Quran, verse number 87 of Surah Anbiya. It is also commonly called the ayat e karima.

This is the verse which was recited by Hazrat Yunus (as). And Allah has successfully taken you out of this ordeal. ayat e karima it has also been given the name of Tasbeeh Yunas. 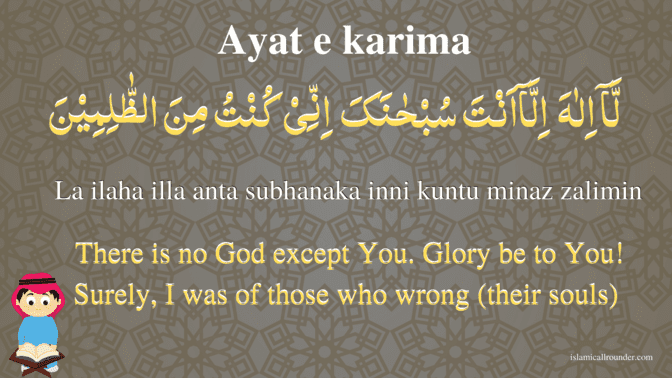 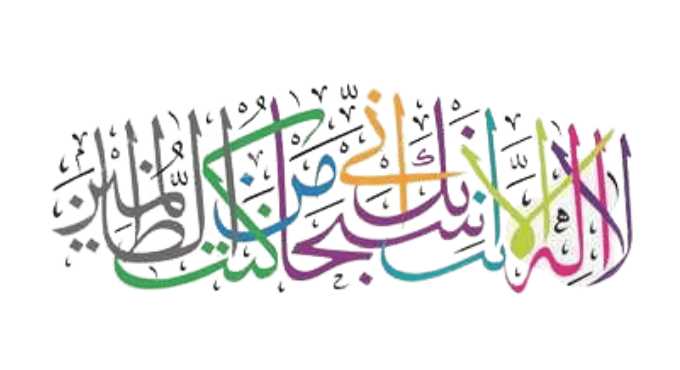 Hazrat Muhammad (PBUH) said: The supplication “la ilaha illa anta subhanaka” of Dhu’l-Nun (i.e. Yunus A.S) which he prayed in the belly of the fish Whoever prays ayat kareema with these words for any purpose of his life, may Allaah accept his supplication.

It is both a prayer and a confession of Tawheed. With his blessings, on the one hand, Hazrat Yunus (as) was freed from a prison (fish belly) which no human being can imagine, on the other hand, his polytheistic nation was also freed from the darkness of polytheism and Believe, one will enter the worship of Allah. They are the only nation in human history to have been saved by God’s punishment.

Hazrat Muhammad (PBUH) said: There will be people who will be allowed to go to heaven, and they will not be asked anything. These will be the people who do not do evil deeds, do not take bad work, And they will be pleased with Allah in all circumstances.

The Holy Prophet used to pray: O Allah! I obeyed you and believed in you and trusted in you and turned to you and fought with your help, Ya Allah! Keep me in your presence No one has the right to worship except you, only you are alive who will not die and all jinn and humans will die.

You must include this verse in your prayer. Its amazing effects will be seen in your life.